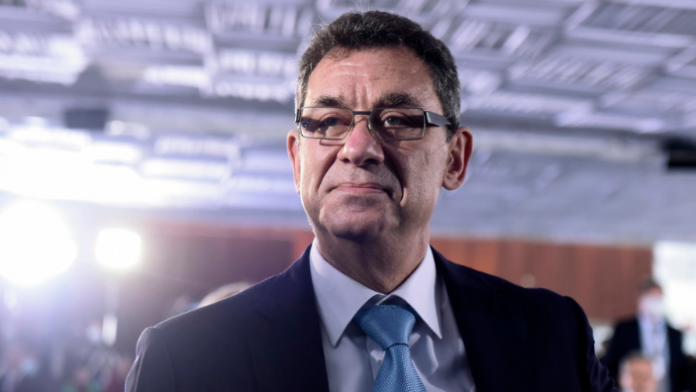 The Chairman and CEO of Pfizer, Albert Bourla, has been awarded the prestigious Genesis Prize 2022 for his efforts in leading the development of a COVID-19 vaccine.

The $1 million Genesis Prize is awarded by The Genesis Foundation each year to a person for their professional achievements, contributions to humanity and commitment to Jewish values.

In a statement, the Foundation’s selection committee said Bourla received the highest number of votes in a recent online campaign which saw over 200,000 people from 71 countries participate.

The committee commended Bourla “for his leadership, determination and especially for his willingness to assume great risks.”

“Unlike CEOs of most other major companies working on developing COVID-19 vaccines, Dr Bourla declined billions of dollars in US federal subsidies in order to avoid government bureaucracy and expedite development and production of the vaccine,” the statement said.

“As a result, Pfizer’s COVID-19 vaccine was ready in record time: months instead of years.”

Bourla, who is the Greek-born son of Holocaust survivors, has asked that the money go toward preserving the memory of the victims of the Holocaust, “with a particular emphasis on the tragedy suffered by the Greek Jewish community.”

“I did not set out to live a public life, and I never could have imagined that I might one day receive the profound honour of the Genesis Prize and stand alongside my extraordinary fellow nominees,” Bourla said after the announcement.

“I accept it humbly and on behalf of all my Pfizer colleagues who answered the urgent call of history these past two years and together bent the arc of our common destiny.”

Source: The Times of Israel.