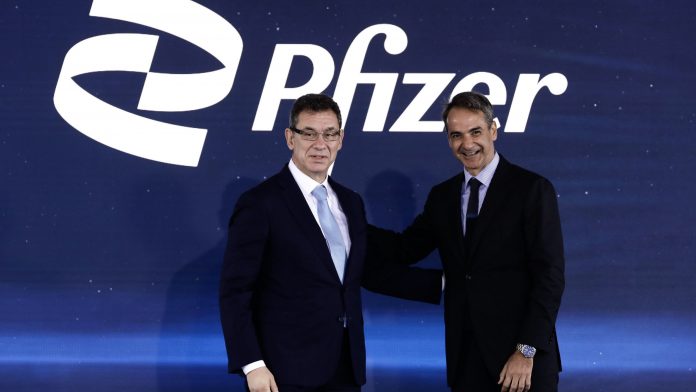 Pfizer’s Centre for Digital Innovation (CDI) and Centre for Business Operations and Services have opened new facilities in Thessaloniki.

“We have expanded our footprint by bringing our operations center here,” Bourla told the crowd.

“Our country has human capital and a knowledge-based economy.”

The centres will contribute €650 million to the local economy, employ 700 workers, and cover nine thousand square metres of land.

Prime Minister Kyriakos Mistotakis told the crowd that it was a “very special moment” for the city on Tuesday.

“More than 50 young people, 15% of the staff [hired by the centre], are Greeks returning for work after several years,” Mistotakis said.

He added that the company’s expansion will “increase public wealth” in Thessaloniki.

Mr Bourla first announced plans for the hubs in December 2020.