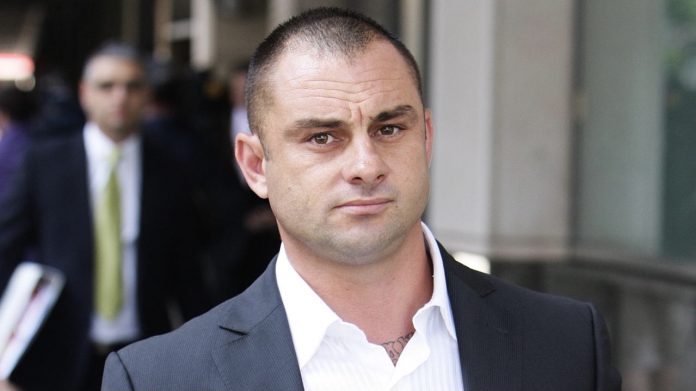 A former Hells Angels member has been charged with domestic violence by a local court in Sydney’s south-west.

Peter Zervas, aged 44, has been charged with assault occasioning bodily harm by the Campbelltown Local Court in an incident that occurred between him and his 22-year old girlfriend last week.

The woman allegedly suffered a laceration above her eye in an altercation that took place while Zervas was driving a car, the Daily Telegraph reports.

Zervas was apprehended south-west of Sydney in Minto three days after the woman reported the incident to Campbelltown Police.

He was formally refused bail to reappear at the Campbeltown court on July 6.

Peter Zervas faced court earlier this year for charges relating to weapons offences after being busted for carrying an extendable baton in his “company car” around Sydney’s CBD.

Mr. Zarvas is known for playing a central role in the infamous brawl between the Hells Angels and the Comanchero gangs at Sydney Airport in 2009, which resulted in the death of his younger brother Anthony Zarvas.

Mr. Zarvas survived being shot six times in the car park of his home at Lakemba following the brawl.

He has had several run-ins with the law both as the perpetrator and victim, including the time his nose had to be re-attached after being partially bitten off by a man in 2014.