Parthenon marbles should never have been removed, Boris Johnson wrote in a 2012 letter 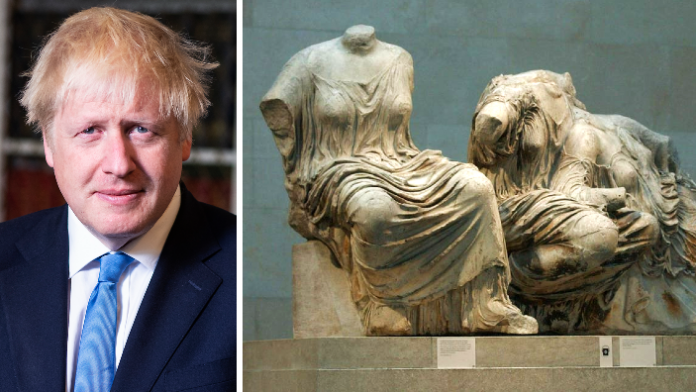 UK Prime Minister, Boris Johnson, believed in 2012 that the Parthenon Marbles should “never have been removed from the Acropolis,” according to a letter published by The Guardian.

The letter was drafted in response to an appeal by George Hinos, then head of the New Democracy party in Ilia, Greece. He wanted the marbles to be returned before the Olympic Flame was to be lit and sent to London for the 2012 Summer Olympics.

Responding to Mr Hinos’ appeal, Johnson, who was the then-mayor of London, noted:

“This is a matter on which I have reflected deeply over many years. In an ideal world, it is of course true that the Parthenon marbles would never have been removed from the Acropolis and it would now be possible to view them in situ.”

READ MORE: ABC speaks with Greek Australians fighting for the return of the Parthenon marbles to Athens.

However, one thing remains unchanged between Johnson’s 2021 and 2012 position on the matter. The British PM maintains his position to defend the interests of London above all else.

“Much as I sympathise with the case for restitution to Athens, I feel that on balance I must defend the interests of London,” he concluded in the letter.

The release of this letter comes just one week after Johnson met with Greek Prime Minister, Kyriakos Mitsotakis, where he ruled out discussing the Parthenon marbles, saying it was a matter for the British Museum.

This refusal for repatriation comes despite UNESCO stipulating that intergovernmental talks should take place to resolve the long-running dispute.