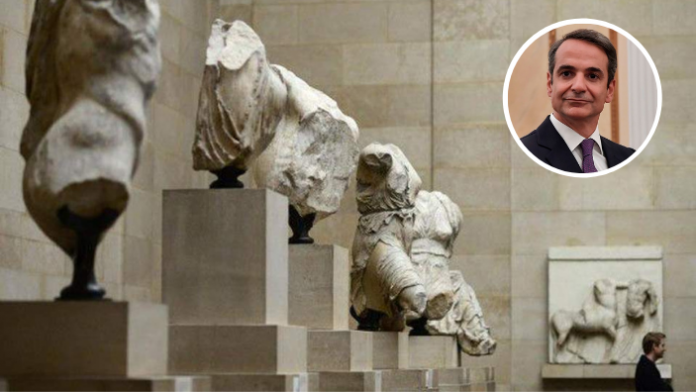 A poll published in British newspaper, The Daily Telegraph, supports arguments for the return of the Parthenon Marbles from the British Museum to Greece.

56 percent of people who participated in a public opinion poll by pollsters YouGov stated that the Parthenon Marbles, currently on display at the British Museum, should be exhibited in Greece.

Only one in five people (20 percent) said they should remain in the United Kingdom, according to the Telegraph.

The article was penned by the Telegraph’s Associate Editor Gordon Rayner, only a few days after Greek Prime Minister Kyriakos Mitsotakis’ London visit, where he raised the issue in his meeting with British Prime Minister Boris Johnson.

READ MORE: ABC speaks with Greek Australians fighting for the return of the Parthenon marbles to Athens

It also comes as Mitsotakis penned his own opinion piece in the UK newspaper “Mail on Sunday,” once again urging Johnson to “seize the moment” to bring the sculptures back home to Greece.

“Now, given the Prime Minister has told me he would not stand in the way of Greece establishing a formal dialogue with the British Museum over the future of the marbles, I can only assume things will be different – that he will not obstruct any future agreement and, instead, the Prime Minister would seek to amend the relevant legislation to allow the sculptures’ return,” Mitsotakis wrote.

“One thing is certain. The ties that bind Greece and the UK go back centuries. Today, that relationship is strong, and it is enduring. But we cannot pretend that it is complete.

Which is why I hope that London and Athens can work together to overturn an injustice that weighs heavy in all Greek hearts.”