Operation Ironside: Who are the Greek Australians charged in the sting of the century? 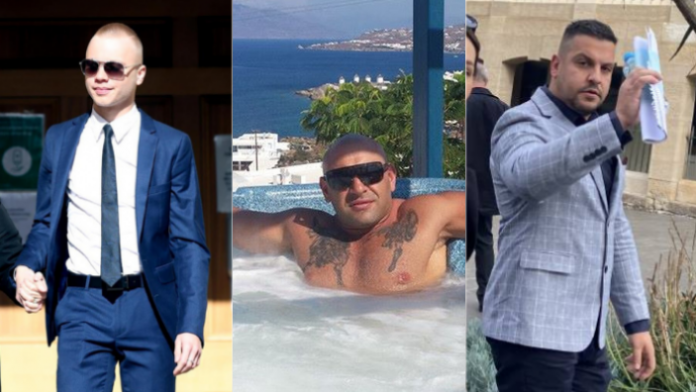 Nine Greek Australians are among more than 120 Australians who have been charged in the Operation Ironside, or ‘Trojan Shield’, sting.

Four are from South Australia, two from Victoria, two from New South Wales, and one from Queensland.

Almost all of their offences involve trafficking or possessing drugs and money laundering.

The Greek Australians who have been charged are:

Aged 18 from Burnside. Charged with trafficking in a large commercial quantity of a controlled drug.

Aged 44 from Hackham. Charged with trafficking in a large commercial quantity of a controlled drug.

Aged 34 and charged at Moorooka. Charged with possessing anything for use in the commission of crime, producing dangerous drugs (serious organised crime), possess dangerous drugs, possess utensils, contravene order about information necessary to access information stored electronically and possess property suspect of having been used in connection with commission of a drug offence.

Six men charged over an alleged plot to import $1 billion worth of ice and cocaine into Australia from India and the US. They include:

Aged 30-year-old from Niddrie. Charged with two counts of trafficking a large commercial quantity of a drug of dependence.

Aged 31 from Horsley Park. Charged with money-laundering offences, and possessing drugs and firearms. Refused bail in Wollongong Court on June 10.