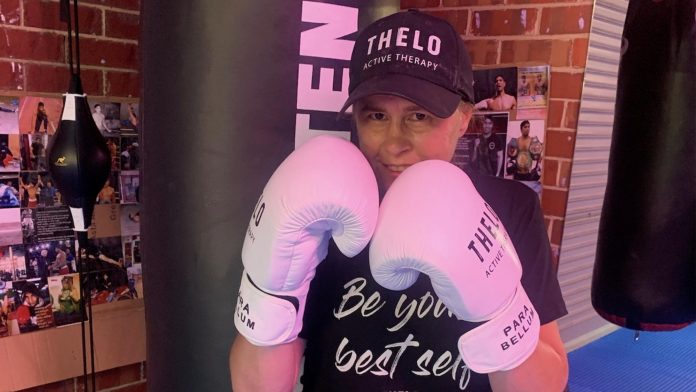 Over two million Australians suffer from mental health conditions and for those from diverse cultural backgrounds the figure is higher, the latest census revealed.

However, according to South Australian counsellor, psychotherapist and martial arts expert, Vickie Simos, everyone deserves a fighting chance before they become a statistic.

A first generation South Australian of Greek heritage, Simos has openly talked about her experiences with depression and how Martial Arts helped her overcome those mental issues in her autobiography ‘The Boxer Within’.

She also often runs events and workshops across Australia to educate communities about mental health and how combining Martial Arts with mainstream therapy can have positive results to those suffering from mental illnesses.

“Since starting my business, Thelo Active Therapy, raising money for charity has always been really important to me, especially anything to do with mental health and young people,” she tells The Greek Herald.

“In fact, I plan to start my own foundation but until then, I like raising money for charities.”

On Thursday 11th August 2022, the Greek Australian will partner up with The Black Dog Institute to raise awareness and much needed funds in a free event which will be hosted at the Sydney Parliament House (Jubilee Room).

The Black Dog Institute was founded in 2002 and is internationally recognised as a pioneer in the identification, prevention and treatment of mental illness, and the promotion of wellbeing.

With co-speakers, founding director of the BeCause Movement and part of the Space 22 series on ABC/BBC, Noula Diamantopoulos and Terry Mitropoulos who completed an inspirational walk from Adelaide to Melbourne after 13 brain surgeries to treat cancer, Simos hopes to hold an informative discussion for people of all ages and backgrounds.

But it’s the youth and especially those often sidelined that she wishes to inspire the most.

“It’s a time when we are all paying close attention to local and global mental health issues particularly affecting our youth. Raising awareness is fundamental and our responsibility in supporting a better future,” she says.

“I don’t claim to have all the answers and one size doesn’t fit all. while Martial Arts worked for me, it doesn’t mean it works for everyone.

“That being said, I currently work with about 13 young people, with a variety of mental health issues who are on the spectrum and they all train in the martial arts. Some like the boxing, some the karate and one of them enjoys the stick fighting,” she says with a smile.

“We need to keep raising awareness for mental health issues. It needs to be a priority. Life is only going to get more difficult, so we need to be prepared.”

Asked about where her passion stems from, Simos has a response as solid as her punch.

“It’s simple. I want to share what I never had. Not to take anything away from my parents, but they did the best they could with the resources they had and you don’t know what you don’t know.

“Awareness is knowledge, knowledge is power and power can make a difference in people’s lives.”