On This Day in 1857: Bulgari founder, Sotirios Voulgaris, was born 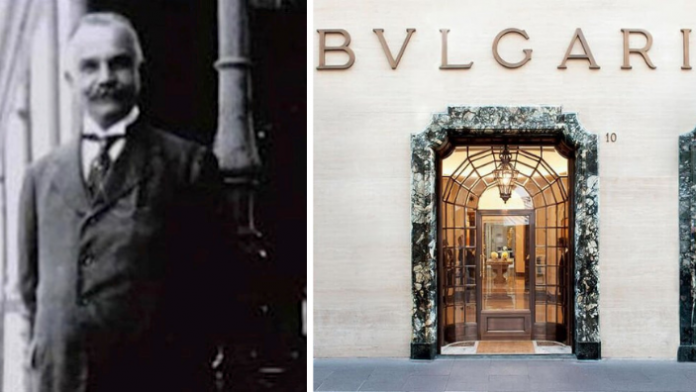 On this day in 1857, Bulgari founder Sotirios Voulgaris was born. Bulgari is one of the world’s most famous jewellery brands today, and to honour its founder, The Greek Herald is looking back at his life.

Sotirios Voulgaris was born to George Voulgaris and Eleni Strougari in the Greek village of Kalarites (Epirus, Greece) on 5 March 1857.

Voulgaris was one of eleven children and the only to survive and continue the family tradition of a life as a jeweller.

His passion for jewellery started with his grandfather Constantine, who was a street vendor in the villages of Epirus.

Due to problems the family faced with Ottoman authorities that still occupied Epirus at the time, the Voulgaris family was forced to move to Naples, Italy.

In Naples, the family opened their first gold jewellery shop however, due to the heavy crime culture of the time, the shop was forced to close after multiple burglaries.

In 1881, Sotirios Voulgaris and his family moved to Rome.

Three years later, in 1884, he founded his company and opened his second shop in Via Sistina.

The store in Via Sistina was then replaced by the current flagship store in Via dei Condotti opened in 1905 by Bulgari with the help of his two sons, Constantino and Giorgio.

He left his sons in control of his company.