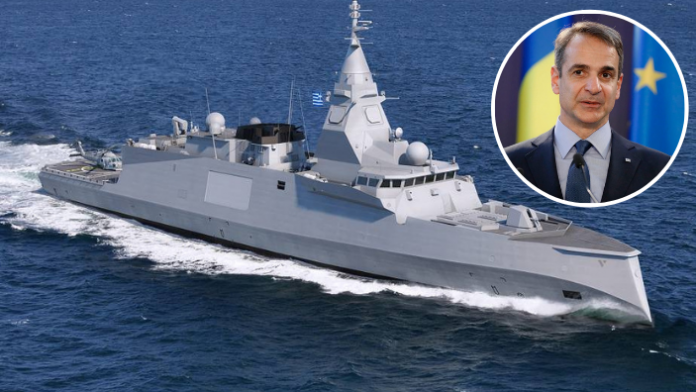 The Greek government has approved a multibillion-dollar proposal to upgrade the country’s naval forces, the largest modernisation plan in two decades for the country.

The Belharra frigate is equipped with advanced weaponry not currently deployed by any other forces in the Aegean. This vessel features the latest version of the Exocet anti-ship cruise missile, able to strike targets up to 200 kilometres away.

“The basic thing the Belharra will offer the Greek armed forces is to break Turkish numerical superiority in the air. It will clear the airspace and offer naval forces the opportunity to operate,” a Greek naval officer told Aljazeera.

While the world is watching war break out in Ukraine after Russia’s invasion, there are growing concerns for Greece that another war may be imminent in the Aegean after rising tensions with Turkey.

These tensions between Greece and Turkey have increased due to debates over territorial waters and sovereign rights to undersea resources such as oil and minerals.

Greece’s need to prepare strong naval deterrents has also been driven by growing concerns of the knowledge of Turkey’s own shipbuilding programme.

This newly announced transfer of technology will ensure long-term autonomy for the Hellenic Navy and significant economic benefits for the Hellenic naval and defence industries and for the supply chain in Greece.