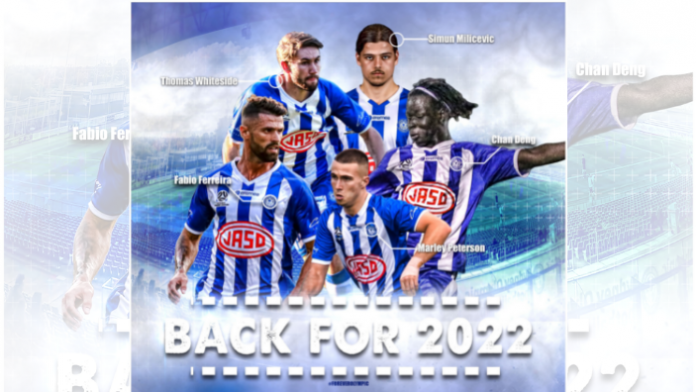 Sydney Olympic Football Club has today announced that another five players have re-committed to be back in Blue for the 2022 season.

Head Coach, Ante Juric, said he is delighted with the way the squad was shaping up.

“We are extremely pleased to have secured and signed Tom, Fab, Marley, Simun and Chan,” Juric said.

“Within this group there is experience and youth, which is greatly important for the ‘now’ and for the ‘future’ of the club.

“These boys have proven to be key members of the team, and are very important players for us to achieve our overall team and club goals.”