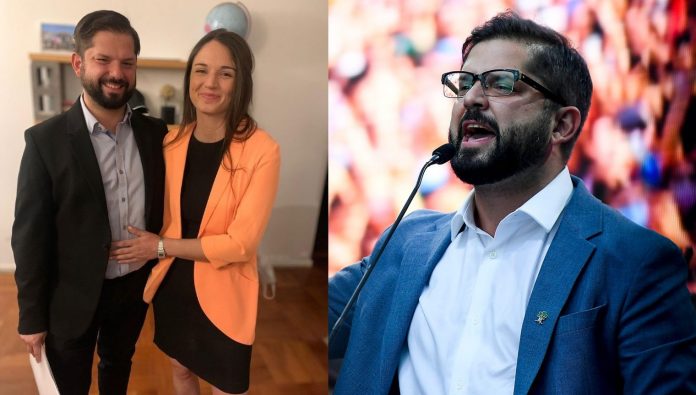 A leftist millennial who rose to prominence during anti-government protests has been elected Chile’s next president.

With 56 per cent of the votes, Gabriel Boric on Sunday (Monday AEDT) handily defeated by more than 10 points lawmaker José Antonio Kast.

At 35, Mr Boric will become Chile’s youngest modern president when he takes office in March and only the second millennial to lead in Latin America, after El Salvador’s Nayib Bukele.

While Gabriel Boric was elected president, his wife, Irina Karamanos, may not take on the role as first lady.

Speaking before the election, she announced that she could resign her role as first lady if her partner was elected.

Irina, as Boric tells her now -before he used to call her “companion” – declared: “It is a position that deserves to be rethought because we are in different times, a lot of things have changed and you have to rethink power and the relationships that emerge from it ”.

The new president supports Karamanos with his position, and was even more forceful than his partner. The referent of Approve Dignity – the coalition that brings together the Frente Amplio and Chile Digno – said that it would suppress the figure of the first lady because “it does not make any sense.”

“There can be no positions in the State that have to do with or are related to the relationship of the President”declared the 35-year-old leader, who stressed: “We must create an instance that is transparent, depending on merits and of civil service careers, and not of blood ties or affinity with the President ”.

Karamanos would not be the first Latin American woman to resign. In Mexico, Beatriz Gutiérrez Müller took off the title of first lady when her husband, Andrés Manuel López Obrador, became president in 2018.

Karamanos is 32 years old, is of Greek descent and studied Anthropology and Communication Sciences in Germany.