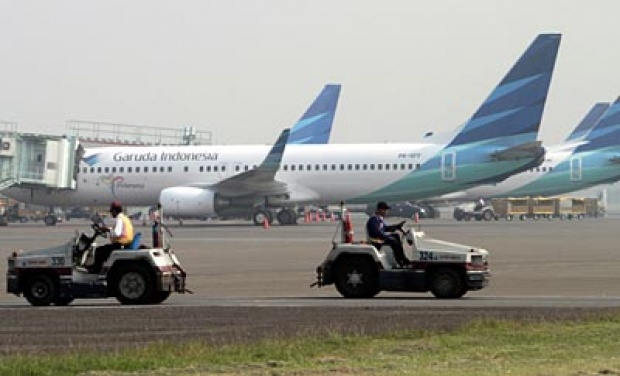 National flag carrier Garuda Indonesia ensured its flight routes from and to European countries would not pass Iranian and its surrounding airspace due to escalating conflict of the U.S. and Iran.

The airline’s acting operational director Tumpal Manumpak Hutapea said his side adjusted the routes from and to Europe from initially passing Bucharest airspace to fly in Egypt and Greece airspace.

“Thus, all flight services will operate as normal,” said Tumpal in a press release on Wednesday, January 8.

The statement was conveyed after the U.S. Federal Aviation Administration (FAA) released the flight restriction following the tension in the Middle East.

Air Directorate General from the Transportation Ministry had also issued a similar appeal on Wednesday, January 8.

Tumpal further guaranteed that Garuda Indonesia will continuously conduct intensive monitoring on the condition in the Middle East, especially Iran, and coordinate with all related stakeholders to maintain the security of operational services.

Due to the rising conflict in the Middle East after Iran fired a missile to the U.S.-led force base in Iraq, Transportation Ministry called on national airlines to raise vigilance and prohibit them from operating in the airspace over several countries of the Middle East.