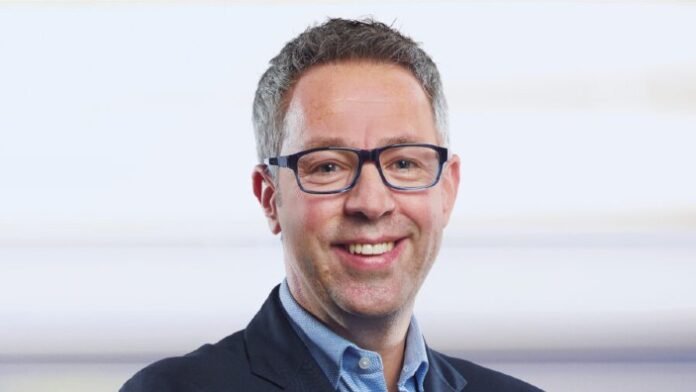 A Greek scientist, Menelas (Mene) Pangalos, is the head of research and development at pharmaceutical company AstraZeneca which, together with Oxford University, has developed a COVID-19 vaccine with efficacy rates between 62 to 90 percent.

Specifically, researchers found that if people were given a half dose followed by a full dose of the vaccine, rather than two full doses, about 90 percent of people were protected.

Where two full doses were given at least one month apart, it showed 62 percent efficacy.

The combined average across different dosing regimes, which had a total of 11,636 trial participants, was 70 percent effective.

“We’re extremely excited because what the data has shown us is that the vaccine is clearly effective in terms of reducing infections,” Pangalos told BBC News on Monday.

“It’s clearly effective in terms of reducing people getting sick and going to the hospital. It’s potentially reducing transmission and I think it’s got every chance of being a very successful, very effective vaccine that can get us back to normal.”

Australia has a deal to begin manufacturing 30 million doses of AstraZeneca-Oxford’s vaccine over the next 12 months if it is approved by regulators.

AstraZeneca is the third major drug company to report late-stage results for its potential COVID-19 vaccine.

But unlike rivals, the AstraZeneca-Oxford vaccine does not have to be stored at ultra-cold temperatures, making it far easier to distribute in developing countries.

“The vaccine can be stored, transported and handled at normal refrigerated conditions for at least six months and administered within existing healthcare settings,” AstraZeneca said in a statement.

No hospitalisations or severe cases of COVID-19 were reported in trial participants, the company said.

This good news comes as Qantas boss, Alan Joyce, confirmed that once the vaccine is widely available it will be a non-negotiable condition of flight on international services.

“We are looking at changing our terms and conditions to say for international travellers, that we will ask people to have a vaccination before they can get on the aircraft,” Joyce said in an interview with Nine’s A Current Affair on Monday night.

“Certainly for international visitors coming out, and people leaving the country. We think that’s a necessity.”

Who is Mene Pangalos:

Mene Pangalos was born in Ealing, London, to a Greek family who had settled in England. His mother was born on the island of Chios, while his father was descended from the island.

“My father was a sailor. My mother was a housewife. There were no scientists in my family. If I followed my family tradition, I would become a ship engineer,” Pangalos says in an interview with thedoctor.com.

In the interview, Pangalos claims that he was not a very good student, but science was always something that interested him.

“I have always had a passion for science and one of the things that fascinated me was the way the human brain works,” he says.

“No one in my family had been to university, but I was fortunate that both my parents were very supportive of me continuing my higher education.”

He later trained at Mount Sinai Medical Center in New York City and worked for the global pharmaceutical industry, including Bristol-Myers Squibb, Janssen Belaxecm and Smith.

From 2003 to 2008, he oversaw the development of 20 experimental drugs in Wyeth, USA, and then spent two years at Pfizer before switching to AstraZeneca.

At AstraZeneca, Pangalos transformed the company’s culture, boosting the productivity of the research and development sector to bring more drugs to market.

How does he explain the great successes of his career?

“I was lucky and I took the opportunity when it came to me. I was not afraid to take risks, leave home and go to different countries and explore different opportunities,” he says in the interview.