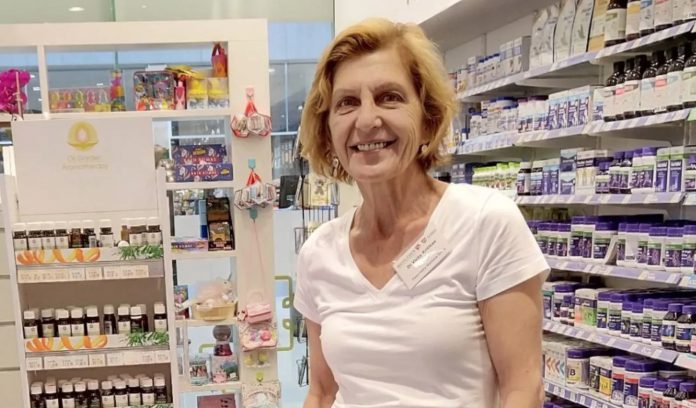 Greek-Australian doctor, Dr Vicky Kritikos, has led a research study at Woolcock Institute of Medical Research on the common mismanagement of asthma.

According to the report by Sydney Morning Herald, more than 70 per cent of asthmatics who believe they are managing the chronic respiratory disease are kidding themselves.

The Australian-led study of 4274 patients found that thousands of people – particularly women – are doing exactly what professionals warn against by relying on a reliever inhaler and neglecting their preventer medication.

“If you put these people against a backdrop of our bushfires, they are being exposed to high levels of smoke haze, ash, debris, poor air quality … they are at increased risk of having a serious asthma exacerbation,” Dr Kritikos, clinical lead of The Woolcock’s Quality Use of Respiratory Medicines Group, said.

These severe, potentially deadly asthma flare-ups could leave them struggling for air and in dire need of emergency medical intervention.

“We need an urgent change to the way many people are managing this disease,” she said.

The specialist asthma pharmacist has been spending her Christmas holidays assessing patients free of charge at a pharmacy in Jervis Bay, on the south coast, where the air quality has wavered between poor and hazardous as bushfires burn.

“There’s a lot of smoke haze here and people with a warped perception of their asthma control,” Dr Kritikos said.

Many of the locals she has assessed have upper airways conditions, most commonly allergic rhinitis.

“They think it’s just trivial – ‘an inflamed nose isn’t going to kill me’ – but they don’t realise it can trigger their asthma,” she told the Sydney Morning Herald.

The study published in the Journal Primary Care Respiratory Medicine found roughly 60 per cent of asthmatics reported “well-controlled” asthma, but 71.1 per cent of this group were mistaken when they were independently assessed using validated measures.

“That is a huge number of people with asthma living with the silent burden of disease and increased risk of asthma-related health problems,” Dr Kritikos said.

Just 30 per cent of the study’s entire sample had good asthma control, according to The Sydney Morning Herald.

Those most likely to make this mistake were female, had overused their reliever inhaler in the past month, hadn’t seen a respiratory specialist or needed to take oral corticosteroids to settle worsening symptoms in the previous year.

Many asthma patients didn’t use their preventer inhaler often enough, and were too reliant on reliever medication.

Global asthma experts have officially condemned reliever-only use as a high-risk practice that fails to manage the disease.

“A lot of people think they are controlling their asthma using a reliever but that is just a quick fix. It dilates their airways and lets them breathe [in the short term] but it doesn’t protect them,” Dr Kritikos said.

“It’s critical we identify these people who make these mistakes because they’re the ones who don’t realise they need to seek asthma care.”

She urged asthma patients to see their doctor for an asthma check-up as soon as possible.

“They need to have a written asthma management plan, especially during these extreme, and unprecedented climatic events,” she told the Sydney Morning Herald.