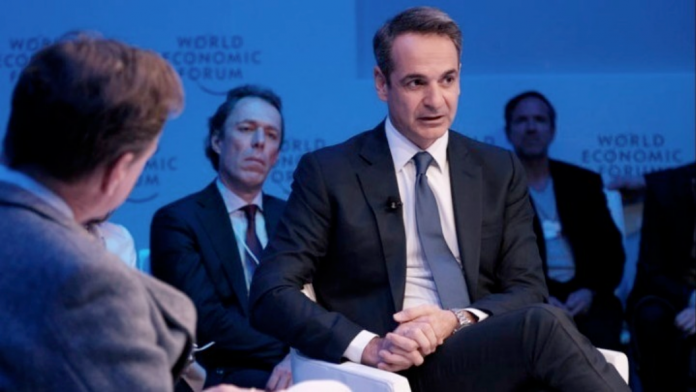 Mitsotakis was speaking with the President of the World Economic Forum, Borge Brende, in Davos on Wednesday, when he was asked about Turkish President Recep Tayyip Erdogan’s recent comment that the Greek PM ‘no longer exists’ to him.

“…we are [neighbours with Turkey]. We always need to talk and we always want to keep channels of communication open. We are never going to be the ones who will not talk with our [neighbours],” Mitsotakis said.

“On the other hand, if President Erdogan thinks that I will not defend the sovereignty and the sovereign rights of Greece and not make the case to the international audience that Turkey is behaving as a revisionist power then he is wrong.”

Mitsotakis then went on and said the unprecedented number of overflights by Turkish military planes over Greek islands recently was “unacceptable.”

“This behaviour is completely unacceptable… and I will raise that issue whenever I can until Turkey changes its behaviour,” the Greek PM said.