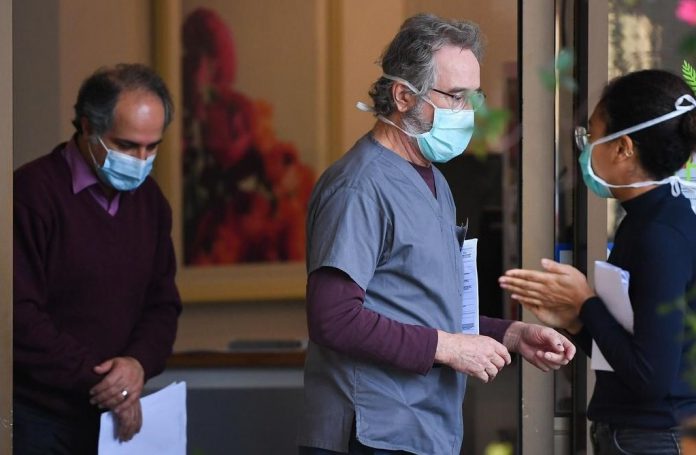 All staff at St Basil’s Homes for the Aged in Fawkner have been ordered to vacate their positions and go into isolation, as 69 COVID-19 cases were linked to the centre in the worst aged care outbreak in Victoria.

A spokesperson for the Aged Care and Senior Australians minister, Senator Richard Colbeck, confirmed that the federal health department was assisting the centre’s management.

“The management of St Basil’s Home for the Aged remains in control of the facility with the support of the Commonwealth Health Department,” the spokesperson said.

“Aged Care Quality and Safety Commission, local public health and DHHS representatives are all on site. A full assessment is currently being undertaken to determine the appropriate clinical response in the interests of all residents.”

Family members of residents responded to the outbreak last night, telling The Age they are distressed over the lack of communication from the home and accused them of being “extremely secretive.”

In an exclusive report this morning, Nine News also alleged there was a possible breach of infection control at the aged care home.

“Management gave us full protective equipment this week. Even as of Sunday, after they knew COVID was an issue, masks and gloves weren’t taken seriously. It was up to workers… it wasn’t enforced,” one staffer told the Health Care Workers union yesterday, according to Nine News.

Another worker stated: “Reporting that a resident was taken to hospital last week. Before that, he was coughing and sneezing all over the place. Infecting staff and others. He was not isolated.”

“These are alarming numbers for the Greek community and we must prepare and be vigilant to avoid similar outbreaks elsewhere,” Mary Patetsos from FECCA adds.

“Infection control protocols at the facility are being reviewed and strengthened by health authorities.”