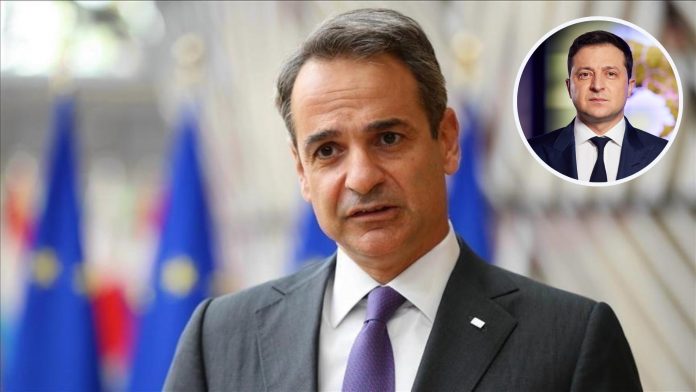 During the call, Mitsotakis assured Zelenskyy of Greece’s support for making Ukraine an official candidate for EU membership ahead of a European Council summit in Brussels this week.

In response, the Ukrainian President said in a tweet he was “pleased to receive a signal of support from Greece on Ukraine’s candidate status.”

According to Zelenskyy, the two leaders also discussed “the expected outcome of the NATO Summit in Madrid.”

This telephone call comes after Zelenskyy addressed the Greek Parliament on April 7 in a bid to rally support for Ukraine amidst the current war with Russia.

After his call with the Ukrainian President, Mitsotakis also held a meeting with his Italian counterpart, Mario Draghi, in Rome to discuss the current energy crisis in Europe.

According to Ekathimerini, the Greek government has been mulling cooperation with Italy, and secondarily with Bulgaria, for natural gas storage, in order to ensure sufficient quantities next winter.

News reports have emerged in recent days which suggest Russia plans to turn off all gas exports to Europe this winter as it seeks to gain leverage over the region.

In March, the European Commission instructed member-states to ensure underground gas storage tanks are filled to at least 80% capacity by November.

The two men also discussed Russia’s invasion of Ukraine and the need for a coordinated European response, developments in Libya and the East Mediterranean, including Turkey’s aggressive rhetoric.​​​​​​