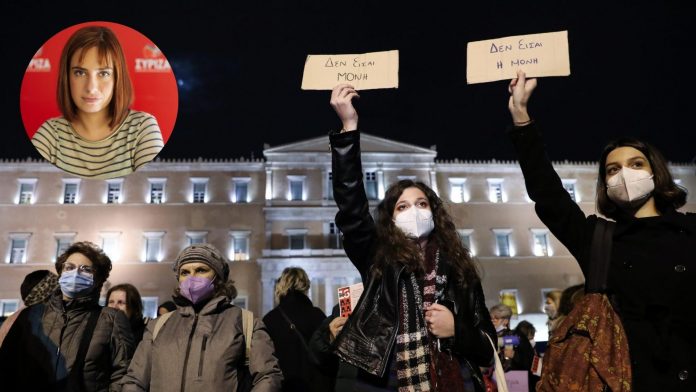 SYRIZA official, Rania Svigkou, said on Tuesday that femicide should be legislated and classified as a specific criminal offence in Greece.

In a post on Twitter, the central committee secretary called for the “creation of a supportive framework for victims of gender-based violence, with hostels, psychological support and legal aid.”

“Above all, social awareness must change. We are already behind,” she added.

This statement comes after Greece recorded two femicides in the last 24 hours alone, with two men on the islands of Crete and Zakynthos stabbing their wives to death.

On Sunday, a man in Rethymno, Crete, stabbed to death his 56-year-old wife and mother of four. According to Ekathimerini, the reason for killing was the victim’s decision to divorce her husband, with whom she had been with since she was 16.

Later on Sunday in Zakynthos, a man murdered his estranged wife after she reported him to the police.