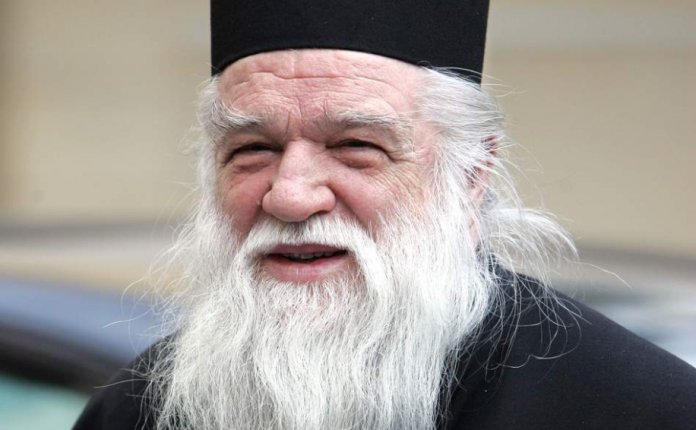 In 2015, Bishop Amvrosios of Kalavryta posted a homophobic rant online, as Greece was debating a civil partnership bill that eventually passed on December 22 that year.

“Spit on them! Deprecate them! Vote against them! They are not human! They are freaks of nature! Mentally and spiritually sick! They are mentally insane! Don’t hesitate, then! Wherever you see them, spit on them! Don’t leave them in peace! They are dangerous!” he said.

He then went on to  to describe homosexuals as “dregs of society” and “monstrosities of nature”.

The conservative bishop, who has a record of supporting anti-LGBT+ positions as well as the far-right party Golden Dawn, claimed he wasn’t actually referring to LGBT+ people but to politicians who supported the civil partnership bills.

The Economist reported that during that hearing he said: “Spitting on them is the least of it, if I had a gun and I was permitted by the law, I would use it and we would finish things off.”

In 2018 the Greek bishop was cleared of the charges of public incitement to violence and abuse of ecclesiastical duties. Two appeals were filed after his acquittal and his case was brought to trial once again.

In 2019 an appeals court in the Peloponnesian town of Aigio found him guilty of inciting homophobic hatred and abusing ecclesiastical office, and he was handed a seven-month suspended jail sentence plus a fine of 10,000 euros.

He is now appealing to the Supreme Court for a more lenient charge under the country’s new criminal code, arguing that he did not abuse his position by making the statement.

However, the deputy prosecutor maintained that the court should uphold the bishop’s hate crime conviction.