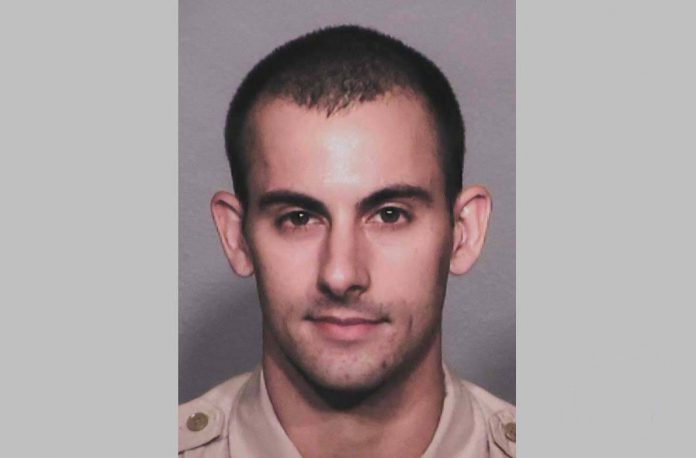 Greek American police officer Shay Mikalonis, who was gravely wounded during a protest in Las Vegas, continued to fight for his life on Wednesday after undergoing successful surgery to remove a bullet from his neck.

The 29-year-old was shot on Monday at the end of a Black Lives Matter protest in front of Circus Circus. Police said he was shot in the head, causing a spinal injury.

“They successfully removed the bullet from his neck. His blood pressure is getting better. He is still alive and he is fighting,” Grammas said.

Mikalonis has been employed as a Las Vegas Metropolitan Police Department officer for four years. His initial medical condition was reported  as “grave” as he was placed on life support.

His alleged shooter, 20-year-old Edgar Samaniego, has since been jailed on multiple counts, including attempted murder. During an initial court appearance, Samaniego was denied bail.

The Greek American fraternal organisation AHEPA wrote on Facebook that Mikalonis is a member of St John’s Greek Orthodox church in Las Vegas.