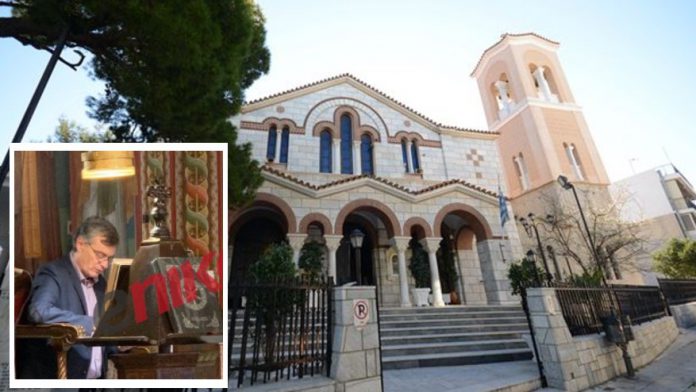 Spokesman of the National Health Organisation and Professor for Infectious Diseases, Sotiris Tsiodras, was criticised on Sunday for chanting in church during a mass that was supposed to be held behind closed doors with only the clergy and helpers.

As a practicing Greek Orthodox, Tsiodras chants every Sunday at a church in the northern Athens suburb of Kifissia, but on this occasion he attended the special Divine Liturgy of the Crucifixion held at the Church of the Resurrection of Christ in Spatos, Attica.

The move triggered outrage on Twitter with some supporting Mr Tsiodras because he functioned as a chanter before the coronavirus outbreak, whilst others criticised him for not setting an example of what he was “preaching.”

“The majority of my friends have said they are struggling to keep the elderly inside as they don’t understand why they can’t go to church anymore. Today, they keep saying ‘but look the doctor is going’,” writes Twitter user @Miltos.

In response to another Twitter user who tagged him in a post with the hashtag “We Chant At Home,” Mr Tsiodras wrote that he had special permission to enter the church and was the only person within 1000 square metres. He also accused the user of “racism.”

A day earlier, he almost broke down during the Government’s daily briefing as he appealed to Greeks to stay home in order to protect “our mothers and fathers, our grandparents” from the pandemic.

The public’s criticism comes in the face of the Greek Government’s decision to close churches to contain the spread of the coronavirus.

Share
Facebook
Email
Twitter
Pinterest
Linkedin
WhatsApp
Viber
Print
Previous articleThe results from the 2020 World Happiness Report are in and there’s finally some good news
Next articlePanic buying – Why is it happening and how can we stop it?