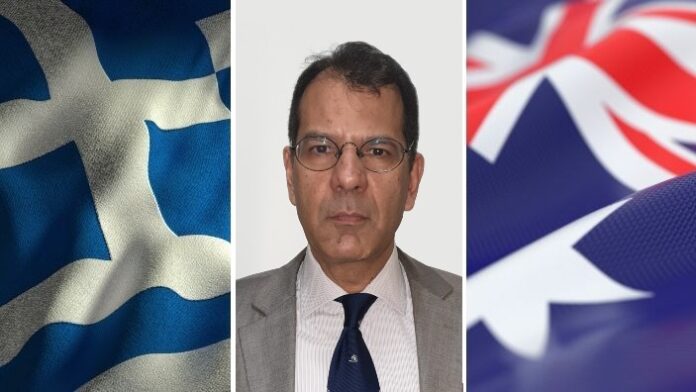 Greece’s Ambassador to Australia, George Papacostas, has sent a message of thanks to the Greek Australian community to mark the 200th anniversary of the Greek Revolution.

Ambassador Papacostas writes that the Greek Australian community is a “bridge between Greece and Australia” and thanks them for their contribution to the homeland.

It is an honour and a privilege for me to address you on the occasion of the Bicentennial celebration of the commencement of the Greek War of Independence.

The 25th of March, 200 years ago, marked a new era in the Nation’s fight for regaining democracy, freedom and independence.

The emblematic heroes of the 1821 Revolution taught us, with their example, the values of fighting for the noble causes of the nation and for the keeping and promotion of the national conscience, identity and heritage.

Thanks to their sacrifice, Greece is a modern, prosperous, democratic nation today, a member of the European family and a pillar of stability and peace in the Balcans and the wider Mediterranean region.

Greece is also a reliable partner in the international arena, promoting a positive and dynamic cooperation agenda in international relations and abiding by the international Law rules.  Additionally, its economy resists the shock of the COVID-19 pandemic and offers a wide range of opportunities for those wishing to invest in it.

You are the bridge between Greece and Australia with which our country shares strong bonds of blood and maintains excellent bilateral relations in all fields.

I would like to thank you, not only for keeping the Greek civilization, culture, history and language alive in Australia, but also for your valuable and very important contribution in maintaining and promoting the exemplary bilateral relations for the benefit of both nations and countries.