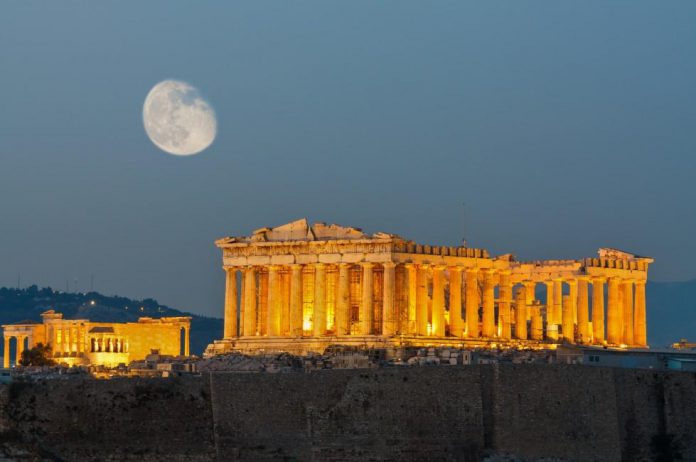 The yield dropped to 0.957% but remains among the highest borrowing rates in the 19-country eurozone and roughly level with Italy — one of Europe’s strongest economies. Germany, France, Belgium, and the Netherlands all currently have negative long-term interest rates.

Prime Minister Kyriakos Mitsotakis tweeted that a “benchmark once thought of as impossible has been reached.”

“Greece is now on a growth trajectory that holds great potential and opportunity for global investors,” he added.

His center-right government is hoping that improved economic growth, a sovereign rating approaching investment grade, and access to lower-interest borrowing from financial markets will help convince creditors that Greece can keep its national debts sustainable with lower budget performance targets.

Finance Minister Christos Staikouras said the constant drop in Greek bond yields is “proof of market confidence in the course and the prospects of the Greek economy, and in the government’s economic policies.”

Greek national debt is still around 180% of gross domestic product after its economy was kept afloat with successive international bailouts between 2010 and 2018 from the International Monetary Fund and a eurozone rescue fund.

Staikouras said Wednesday that the government’s aim is to “achieve high and unflagging growth, create many and good jobs and strengthen social cohesion.”

In Athens last week, EU Finance Commissioner Paolo Gentiloni said the European Union Commission was willing to discuss easing strict targets for Greece’s primary surplus — the country’s annual budget balance before debt servicing costs — but that a decision on the request would be made later this year.