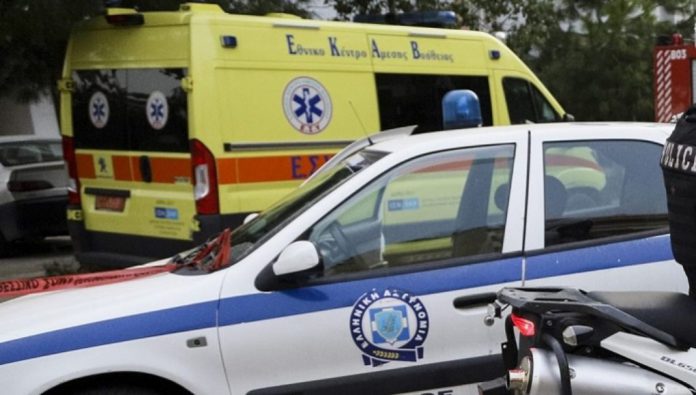 A man wielding an axe and shouting “this is what you deserve” attacked employees at a tax office in northern Greece on Thursday, leaving three people seriously injured.

Authorities said the attack occurred during business hours in the northern town of Kozani, about 450 kilometers (280 miles) northwest of Athens. All of the injured were tax office employees, three of whom were hospitalized in serious condition.

A fourth person suffered light injuries while trying to flee the scene and was not kept in hospital.

A 45-year-old unemployed Greek man was arrested, police said, after being restrained and disarmed by people inside the building.

Witnesses and tax office employees said the attacker was scanned for a fever at the entrance of the tax office, as part of pandemic precautions, and pulled a short ax out of a backpack after reaching the revenue department.

As he struck at members of staff the man was heard shouting “Did you enjoy that?” and “This is what you deserve,” according to witnesses, who added that at least three tax office employees were involved in restraining the attacker.

The alleged attacker, who was not named by police in accordance with Greek law, was wearing jeans and a plain black T-shirt as he was led away in handcuffs for questioning by two police officers.

“We don’t know what the motive was for this attack,” said Ilias Zoumboulis, head of the region’s tax officers’ association. “But we have been asking for better protection of our staff and been raising this issue for the past two or three years.” All three injured staff members were being transferred to the northern city of Thessaloniki to receive more specialized treatment.

“Two are in critical condition with multiple head wounds and very deep cuts, the third patient is in serious condition,” Stergios Ganatsios, director of the state-run General Hospital of Kozani, told the AP.

In a statement, the Finance Ministry said it “unequivocally condemns the heinous and violent attack against employees of the tax office.”

The ministry promised to “take all necessary measures to ensure similar incidents do not happen again.”