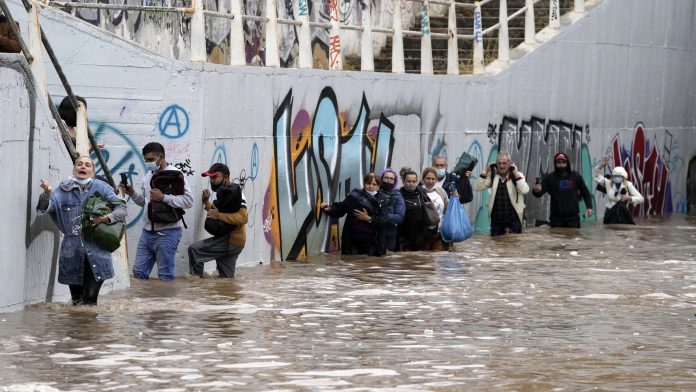 Severe storms have swept across Greece on Thursday, flooding Athens and prompting evacuations in Evia.

“There is no doubt that we are facing a dangerous weather phenomenon that is very serious in some parts of the country,” he said.

Several dozen people in north Evia were moved out of their homes to stay with friends or at hotel rooms booked by the regional authority.

The fire service received over 300 calls in Athens to pump water out of flooded homes, authorities said.

Dozens of vehicles were stranded on flooded roads in Athens, including a man swept by the floods in his car who has since been reported safe.

Private and public sector businesses, public transport, and roads have closed in Athens but flights at Athens International Airport were uninterrupted.

Schools in Athens, Evia, and near Thessaloniki will be closed Friday.

It’s expected the worst of the storm is yet to come, particularly for Evia, Halkidiki, Samos, Ikaria, and the eastern Aegean, but is expected to improve Saturday.