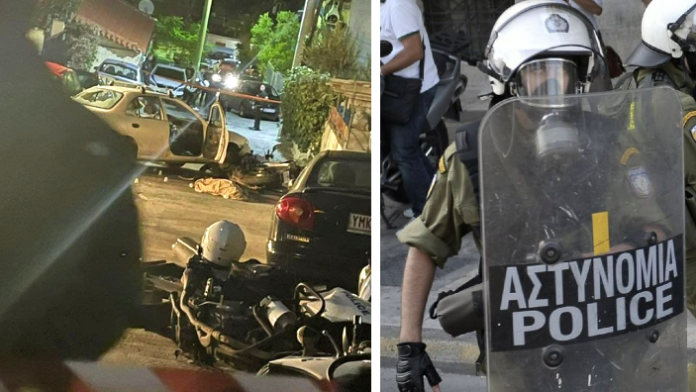 Seven police officers involved in a shootout that killed a 20-year-old man and injured a teenager after a car chase in Piraeus on Saturday morning were arrested for intentional homicide.

According to a Greek Police (ELAS) statement, officers from the DIAS motorcycle-riding unit signalled the driver of a car which they suspected was stolen to stop for a check, but the driver sped off.

A car chase ensued which ended at Elpidos Street in Perama when the driver turned and rammed the police motorcycles following him.

Officers started shooting towards the car, killing the 20-year-old driver and injuring a 16-year-old passenger, while a third man inside the vehicle managed to escape and is wanted by police.

Initial evidence in the ongoing investigation indicate that most of the seven officers involved in the bloody incident fired shots against the suspects.

Αn initial autopsy revealed that the victim’s body had more than one bullet wound. The full report on the number wounds and the exact cause of death of the 20-year-old will be published on Monday.