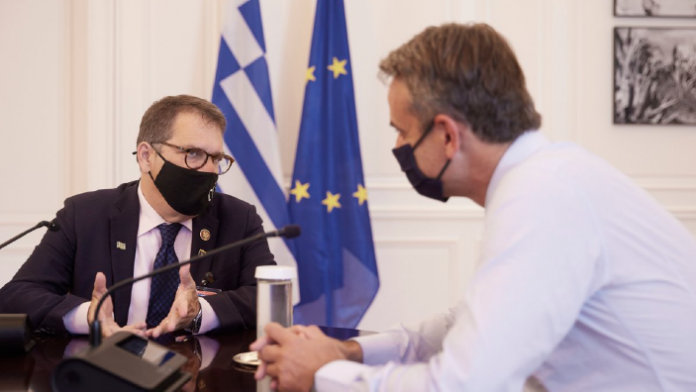 Greek Prime Minister, Kyriakos Mitsotakis, received US Congressman, Gus Bilirakis, in his office at the Maximos Mansion in Athens on Monday for talks that centered on regional developments.

According to reports, the pair also discussed legislation that is currently in the pipeline in the United States that has a bearing on Greek interests, while stressing the excellent relationship between the two countries.

Greece’s role as an ally and a pillar of security and stability in the region was also discussed, as was its role in several regional partnerships.

Bilirakis, a Republican and representative of Florida’s 12th district, is the grandson of Greek migrants and was last week awarded for his contribution to Greece and the Greek diaspora in the United States.

Most recently, he was among 19 members of US Congress who signed a letter addressed to UN Secretary General Antonio Guterres urging action against Turkish and Turkish Cypriot attempts to reopen Varosha.