German chancellor, Angela Merkel, due in Athens for farewell visit 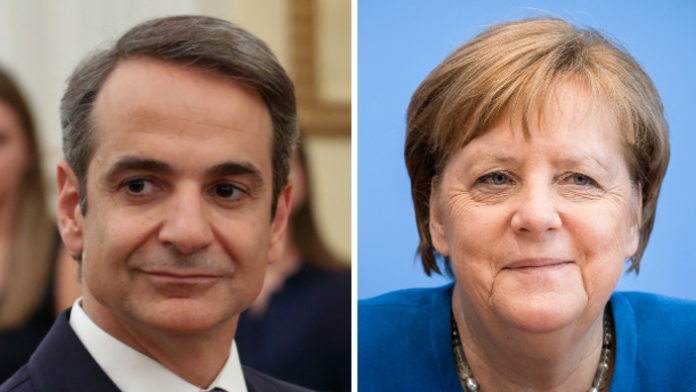 Angela Merkel has chosen Athens for one of her last trips before stepping down as chancellor of Germany, Kathimerini understands.

According to sources, Merkel has accepted an invitation extended by Prime Minister Kyriakos Mitsotakis during a meeting on the sidelines of the EU-Western Balkans Summit in Slovenia last week, with the exact date of the visit still being worked out.

On the practical level, the visit is important as Merkel remains a key player in the European Union until a government is formed and a new chancellor steps in for Berlin.

But it is its symbolic significance that is drawing attention in Greece, where Merkel worked with seven successive prime ministers, including Mitsotakis.