Greek Bajan Koko shares her thoughts on racism in Australia 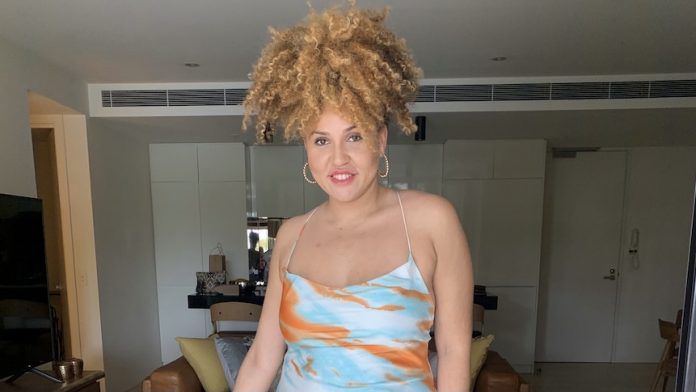 ABC Everyday reporter Yasmin Jeffrey asked five people from different cultural backgrounds, who all grew up in Australia, to entertain the idea of an anti-racist Australia.

Koko, 29, says she has experienced racism as a Greek-Bajan woman in Australia.

She hopes that Australia will one day accept people of all cultures and backgrounds.

“We’re already so multicultural here, but we won’t be anti-racist until we embrace all cultures and backgrounds and end assimilation,” Koko tells ABC Everyday.

”An anti-racist future would mean not feeling like you have to choose, like you can be everything.”

She wonders what life would be like in an anti-racist world.

“If I lived in an anti-racist world, I think I’d know myself more. I wouldn’t feel like I have to strive to live along the lines of the society that’s been embedded since we started school. I’d be able to embrace everything that makes me, me,” Koko says.

“And what would grow in the absence of [racism]? Would there be less homophobia and sexism and ableism too? What impact would it have on the environment if we listened to the people whose land we’re living on?”