Mitsotakis focuses on diaspora and Greek-Turkish relations during NYC visit 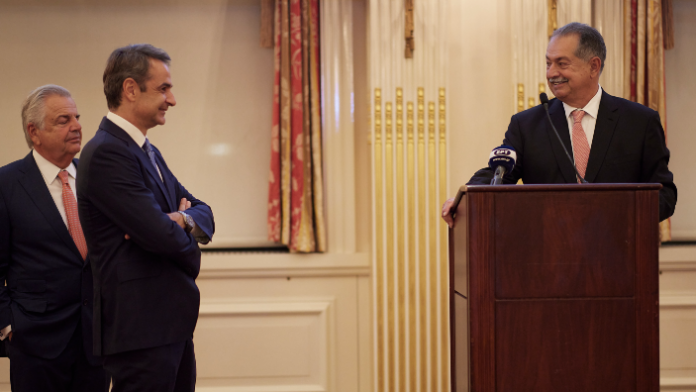 Greek Prime Minister, Kyriakos Mitsotakis, was in New York City recently for the 76th UN General Assembly and he focused on various issues ranging from the COVID-19 pandemic to the climate crisis and Greek diaspora.

As expected, the PM devoted much of his address at the UN General Assembly to Greek-Turkish relations, noting that Athens will defends its rights.

“We will continue to protect our national sovereignty, by land, sea and air,” he said, while stressing that Greece and Turkey have to find a working bilateral relationship.

Mitsotakis said he was less optimistic about a solution for the Cyprus problem due to Turkey’s stance.

“What I am pessimistic about is the Cyprus issue. Turkey continues to violate the sovereign rights of the Republic of Cyprus,” he said.

“We will continue, together with the Secretary-General of the UN, the fight for a mutual solution of a bi-zonal, bi-communal federation. Any discussion about two states is unacceptable.”

On Monday, Turkish Cypriot leader, Ersin Tatar, and Cypriot President, Nicos Anastasiades, will attend a tripartite meeting at a luncheon hosted by the UN Secretary-General Antonio Guterres to discuss the Cypriot issue.

During his visit to NYC, Mitsotakis also met with a number of important contacts, inviting institutional investors and Greek diaspora business owners to invest in the country.

At an event organised by The Hellenic Initiative, and emceed by Greek Australian, Andrew Liveris, Mitsotakis thanked Greek diaspora for their love of Greece.

“I saw how proud the Greek diaspora feels about Greece. We thank them for believing in the future of Greece and for standing by the country in difficult times,” Mitsotakis said.

Among the issues he referred to in both his speech at the General Assembly and with investors were initiatives to curb the steep rise in electricity bills, which also required a pan-European response.

He also discussed incentives to keep “a very well-educated younger generation” in Greece and reverse the brain drain of the past decade, and measures to deal with climate change, a global issue to be addressed at the upcoming UN summit in Glasgow.

Later that same day, Mitsotakis met with Archbishop Elpidophoros of America and discussed the reopening of St Nicholas at Ground Zero, issues of the Greek diaspora but also ways of further cooperation.