Castellorizian Association of SA brings community together with monthly lunches 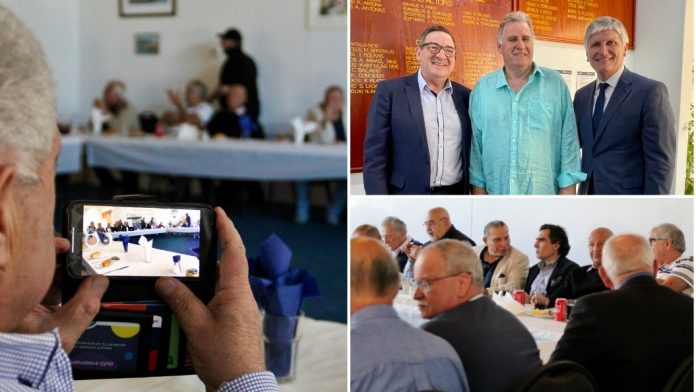 After a successful inaugural Business Luncheon in August the Castellorizian Association of SA’s second networking monthly lunch event was held on Thursday, September 23 in Torrensville, Adelaide.

More than 50 male-only attendees had the opportunity to celebrate their common roots, discuss with old acquaintances and listen to speeches from the philhellene Mayor of The City of West Torrens, Michael Coxon as well as Federal Member for Adelaide, Steve Georganas.

Attending were also Greek Orthodox Community of SA President, Bill Gonis and Bank of Sydney Relationship Manager, Andrew Ladas as well as Arthur Mangos and George Dimitriou, two of the longest serving former councillors of the city of West Torrens with more than 50 years of combined service to the community.

“The Castellorizians were one of the first Greek groups to arrive in South Australia and a lot of the fruit that we are enjoying today as Greek Australians in South Australia is because of the foresight that some of the Castellorizians had back then with a vision to continue the Greekness in a land so far away from their own,” said Member for Adelaide, Steve Georganas in his speech.

The funds raised from the Luncheon go towards the upgrading of the Association’s building which started in 2019 but paused due to the pandemic a year later.

A Women’s Networking Event from the Association’s Ladies Auxiliary is due to be held later this year.