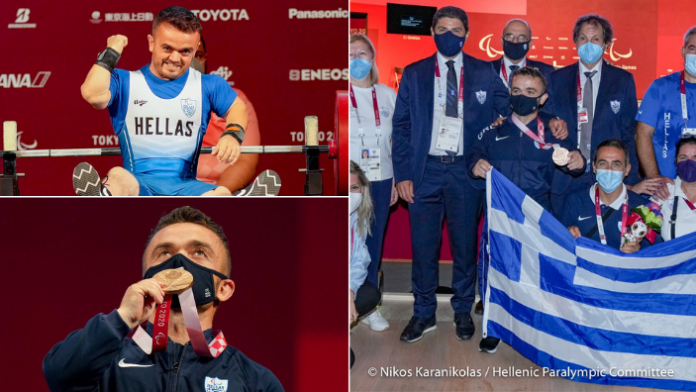 Greek powerlifter Dimitrios Bakochristos won bronze in the men’s 54kg final at the Paralympic Games in Tokyo on Thursday.

Bakochristos’ medal is his second Paralympic medal and the third to be won for Greece so far in the Games.

He told the Athens-Macedonian news agency that he’s satisfied with his performance and is onto his next at the Paris Paralympics in three years’ time.

“I am very satisfied. Despite the fact that we had some difficulties and that I faced some injuries, in the end, we were vindicated,” he told the Athens-Macedonian news agency.

“This medal gives me great strength. I sincerely feel great emotion and pride,” he said.

He snatched his first bronze medal in the same event at the Rio de Janeiro Paralympics in 2016.

He also twice won bronze at the World Para Powerlifting Championships in 2017 and 2019.

The Paralympic Games kicked off on Tuesday with at least 46 athletes representing Greece across 11 sports.