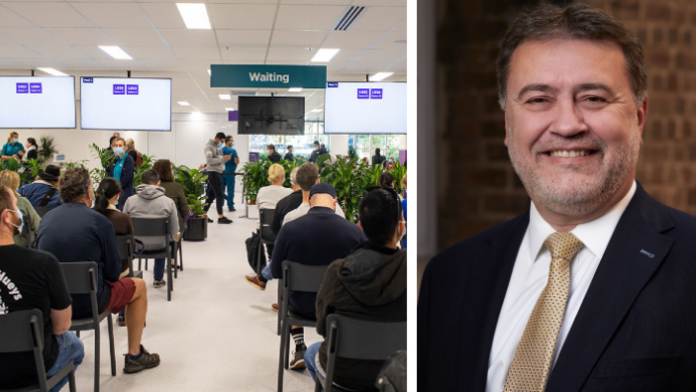 Some of Sydney’s private schools have been able to vaccinate their staff through internal programs, raising questions about the equity of the rollout as thousands of teachers in some of the city’s worst-hit areas remain unvaccinated and at risk.

According to The Australian, Pymble Ladies’ College on the upper north shore has set up a ­private clinic on-site, after a local GP sent an email to the principal offering to keep aside Pfizer doses so they could be given to all staff aged 40 to 59.

The school’s principal, Kate Hadwen, said she “jumped” at the opportunity to be given the doses from the doctor and was “really proud” to have been able to get them all done.

“As far as we’re concerned, we’ve vaccinated staff as per the NSW guidelines and it has not been inequitable. It was just opportunistic for us to support the government’s movement to help get people vaccinated,” Ms Hadwen told The Australian.

They’re not alone. The Australian reports that schools such as Barker College in Hornsby, which is one of Sydney’s largest co-educational Anglican schools, and Knox Grammar School in Wahroonga have also offered private Pfizer vaccinations for staff.

Both of these schools have leaned on nearby medical centres to provide them with vital Pfizer vaccines.

While vaccination rates per profession is not publicly available, data released last week shows the North Sydney and Hornsby area has the highest vaccination rates in Greater Sydney, with 52 per cent of adults having at least a first dose.

The epicentre of the outbreak in southwest Sydney has the lowest inoculation rate in NSW with just 14.7 per cent fully vaccinated.

Mr Gavrielatos said vaccination must be prioritised for teachers most at risk of catching the virus across all impacted local government areas, and called on the government to intervene against inequitable distribution.