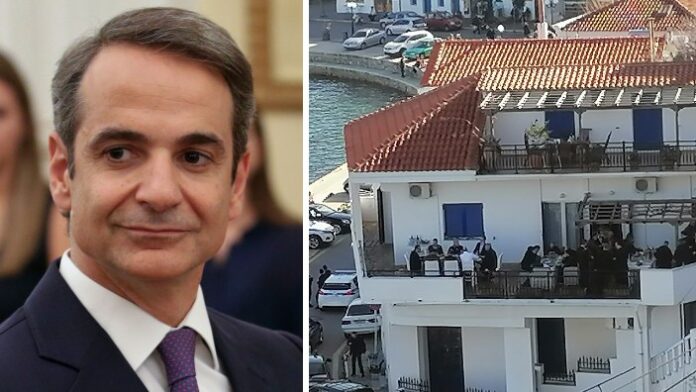 Greek Prime Minister, Kyriakos Mitsotakis, is facing mounting anger over claims he attended a dinner that exceeded the limits on gatherings on the very day health restrictions had been tightened to stop transmission of the virus in Greece.

“[He] ought to say a very big sorry to the Greek people,” Nasos Iliopoulos, the spokesman for the main opposition party Syriza, said as criticism of the incident grew.

“It’s even worse when it has happened on the day that the government has asked citizens to remain indoors from 6pm.”

Mitsotakis was visiting the Aegean island of Ikaria to meet medical staff, when he found himself in the line of fire after he and his entourage were filmed enjoying lunch on the terrace of the harbour-front home of MP Christodoulos Stefanidis.

Media reports described the leader’s entourage as being far in excess of the limit of nine people congregating at any one time.

In no time, images and video footage of the event were circulating on the internet. By Sunday, the Syriza leader and former Prime Minister, Alexis Tsipras, had also uploaded the video on his Instagram account, castigating the government for “profound presumption and arrogance.”

For his part, the minister holding the dinner, Stefanidis, defended Mitsotakis and acknowledged that a crowd had spontaneously congregated outside the building to see the PM “up close,” but insisted that during the brief time people were inside his home health protocols were upheld.

“During the meal all the measures … were observed,” he told The Guardian, noting that the entourage not only dined outdoors but that the number of people around each table was strictly limited with mask-wearing studiously observed in between.

“I am sincerely sorry that the images and conditions, beyond the space where the Prime Minister was [and] where people had converged spontaneously to see him up close, were not correct.”

Responding to the criticism late on Sunday, the government’s spokesman Christos Tarantilis criticised the opposition for suggesting that “a fiesta” had taken place in Ikaria in which Mitsotakis had participated, calling the claims inaccurate and divisive.

But he added: “in the Prime Minister’s future tours every possible care will be taken so that the wrong image is not created.”

This is not the first time Mitsotakis has been in the spotlight for flouting rules his own government has set.

In early December, the politician was criticised after images emerged of him posing with admirers during a mountain biking excursion with his wife in the Parnitha range north of Athens. No one was wearing a mask or keeping social distancing rules. He subsequently apologised.