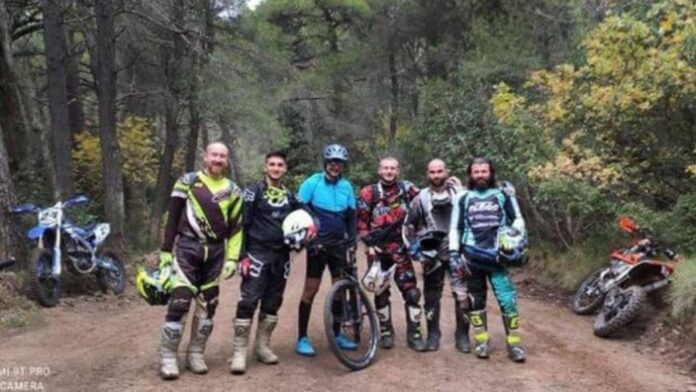 A photo that was published by the Greek press and on social media went viral in the country.

It showed the Prime Minister posing without a mask and not respecting social-distancing rules alongside five motorcyclists at Mount Parnitha, 45km north of Athens.

Mitsotakis, pictured in cyclists’ clothing, was reported to have travelled to the area on Sunday with his wife.

The main left-wing opposition party Syriza accused the Prime Minister of “breaking the lockdown without protective measures,” while at the same time calling on citizens to show “individual responsibility” and respect the restrictions.

“You behave as if you were living in another world,” former Prime Minister Alexis Tsipras, head of Syriza, said in parliament on Thursday evening.

Tsipras also accused Mitsotakis of “lack of empathy for citizens who are not allowed to move” away from their homes.

But in a statement to Euronews, the press office of Mitsotakis said the PM was entitled to travel within the Athens region.

“During the first lockdown in Greece, in March and April of this year, the government mandated that exercise only be allowed in the proximity of one’s home,” the statement reads.

“For this second lockdown, this guidance was updated and the government outlined that exercise activities and walks would be allowed in a broader region, but that they must be limited to the prefecture one lives in.”

On November 5, Prime Minister Mitsotakis noted that the country would be more flexible with citizens wanting to exercise during the second lockdown as long as basic rules are obeyed.

“The rules in Greece outline that Greeks are allowed to travel within their prefecture, which is what the Prime Minister did,” the statement adds.

Officials from Syriza have hit back at what it described as “ridiculous excuses.”

“[There is] only lack of empathy and arrogance, at a time when the public health system is at its limits and the health staff on the verge of psychological and physical collapse,” said Nassos Iliopoulos from the Syriza-Progressive Alliance.

Physical exercise is listed as one of the accepted reasons for leaving home, according to the strict containment measures imposed by Greece to stem the second wave of the coronavirus pandemic.

However, such physical exercise is now limited to their prefecture, and any infringement without a clear reason is punishable with a €300 fine.

The wearing of masks is also compulsory outdoors in Greece under the regulations announced by Prime Minister Mitsotakis.

Greece extended its national lockdown for the second time on Thursday, until December 14.