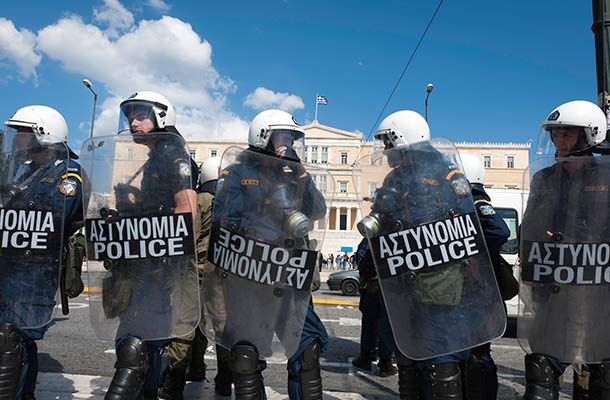 A four-day ban throughout Greece was put into effect on Sunday for all public gatherings of more than four people, according to the Greek police.

The ban, which runs from Sunday, November 15, to Wednesday, November 18, comes as Greece prepares to celebrate the 47th anniversary of the Athens Polytechnic Uprising on November 17.

The uprising was a youth revolt that ultimately led to the collapse of the military junta a few months later and the death of at least 24 people.

Every year, a traditional march from the Polytechnic School to the US Embassy takes place to mark the anniversary but there has been widespread political controversy recently about whether the march should take place due to the coronavirus pandemic.

The Greek government has urged people not to participate and has threatened with heavy fines those who do not obey the extraordinary rules.

But the Secretary-General of the Greek Communist Party KKE, Dimitris Koutsoumbas, said that the march to the US Embassy will have to take place, even under strict social distancing measures.

“All the measures will be strictly observed with the use of face masks and antiseptics, keeping the necessary distances and of course, we urge people belonging to vulnerable groups or those who are ill to stay at home,” Mr Koutsoumbas said on Saturday when speaking with the public broadcaster ERT.