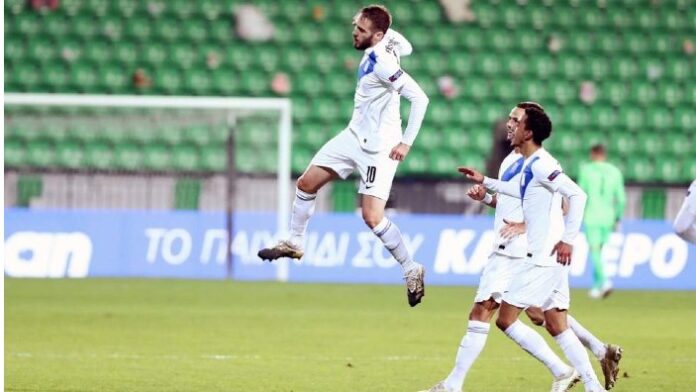 Greece saw off Moldova 2-0 at Chisinau on Sunday to set up a Nations League group decider against leader Slovenia, where Greece must take all three points to finish first and get promotion to League B of the tournament, as well as maintaining some chances for qualifying to the 2022 World Cup through this route.

Enjoying possession of more than 75% in the first half, Greece increased the pressure as the game went along, as Moldova was reduced to defending.

It took the Greeks more than half an hour to break the deadlock, but they did so in style on 32nd minute with a powerful volley from 25 meters out by Kostas Fortounis.

Barely 10 minutes later captain Tasos Bakasetas doubled Greece’s lead with a shot from within the box.

In the second half Moldova raised its game a little but could not really threaten the Greeks, who kept up the pressure for long spells and had some decent chances for a third goal.

All in all it was a good enough performance for the Greek national team that will boost its confidence for the final match of the group.

The decisive game against Slovenia is taking place on Wednesday in Athens, at the Georgios Kamaras stadium at Rizoupoli.