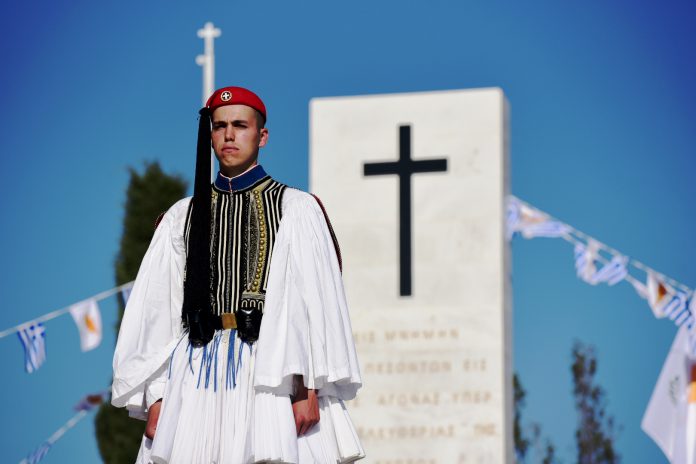 Cypriots woke up on Monday to the sound of sirens to mark 46 years since Turkish troops invaded and occupied Cyprus’ north.

This was followed by a memorial service in Nicosia for Army officers and soldiers killed during the invasion, in the presence of the acting President of the Republic Demetris Syllouris and Greek National Defense Minister Nikos Panagiotopoulos.

At the same time in Greece, Prime Minister Kyriakos Mitsotakis was marking the occasion with a stern warning to Turkey.

“46 years after the Turkish invasion, the wound of Cyprus still bleeds. Unfortunately, the sky of the entire region is being filled by more and more clouds of provocations by the same culprit,” Mitsotakis said in a statement.

“The anniversary of shame, instead of provoking a redemptive self-criticism in Turkey, finds it slipping further from legitimacy, Europe and the values of the 21st century.

“In the face of these events, Hellenism reacts with maturity and determination, with faith in justice and the resumption of a dialogue that will bring a lasting solution to the island.”

“[We] seek a solution that will finally free Cyprus from the Turkish occupation troops and will abolish the, according to common international belief, unsustainable system of guarantees and the right of third parties to intervene in the affairs of the Republic of Cyprus.”