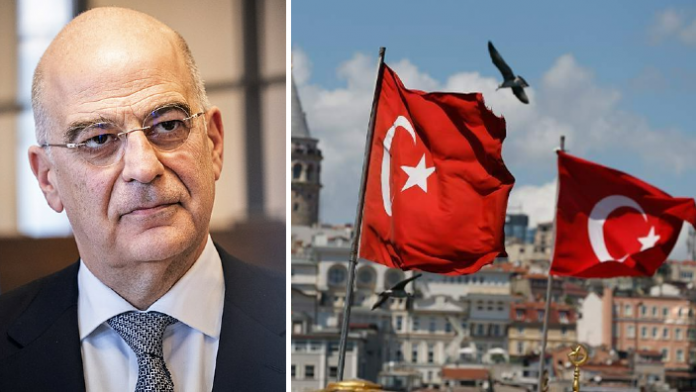 Turkey has rebuffed comments made on Tuesday by Greek Foreign Minister Nikos Dendias and said Athens is to blame for tensions in the Aegean and the eastern Mediterranean.

“The antagonistic statements against Turkey… made almost every day are populist, unserving of peace and stability as well as being totally detached from reality,” Turkish Foreign Ministry spokesman, Tanju Bilgic, said in a statement.

Bilgic also said that “this provocative rhetoric is neither compatible with good neighbourly relations nor with the spirit of consultative talks we have relaunched with Greece.”

“These delusions of Dendias prove that Greece prefers tension by creating artificial alliances and relying on favours of third parties against Turkey instead of resolving its bilateral issues and developing relations through an honest and meaningful dialogue with Turkey,” the statement continued.

“Countries which have self confidence do not display such [an] attitude.”

Greece’s Foreign Ministry have already responded to this statement, shrugging off the allegations as paradoxical and accusing Ankara of challenging the country’s territorial integrity.

“Greece will continue to build ties with neighbouring and other countries in the context of respect for international law and good neighbourly relations,” Foreign Ministry spokesman, Alexandros Papaioannou, said in a statement on Wednesday.