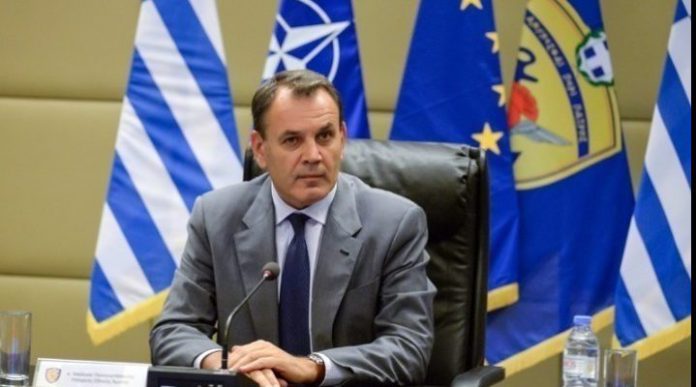 Greek Defence Minister Nikos Panagiotopoulos called for the strengthening of NATO ‘s presence in the Aegean Sea in order to halt the migration influx from Turkey.

Speaking at the two-day meeting of NATO Defence Ministers in Brussels, Panagiotopoulos called on all allies, to the best of their abilities, to contribute to further enhancing Allied activity in the Aegean by halting Turkey’s migration flows.

He also reiterated that “military actions, such as those in northern Syria, and agreements with the Tripoli government in Libya, in breach of international law, are of great concern to us as they contribute to destabilizing the Eastern Mediterranean.”

The two-day meeting on February 12-13 focused on developments in the strategic environment of the greater Middle East, including North Africa, the security situation in Afghanistan, the further development of EU-NATO relations and the Alliance’s operational issues.

On the sidelines of the meeting, Panagiotopoulos had a conversation met with his Turkish counterpart, Hulusi Akar, with whom he exchanged views on how the two countries’ military delegations could help reduce tension in bilateral relations at talks on the confidence-building measures, scheduled to start in Athens on Monday.

The minister said he made it clear that “in order for the military dialogue to succeed, provocative actions that undermine any effort to build confidence must be avoided.”