Greece and the UAE commit to $4.2 billion investment plan in energy, other sectors 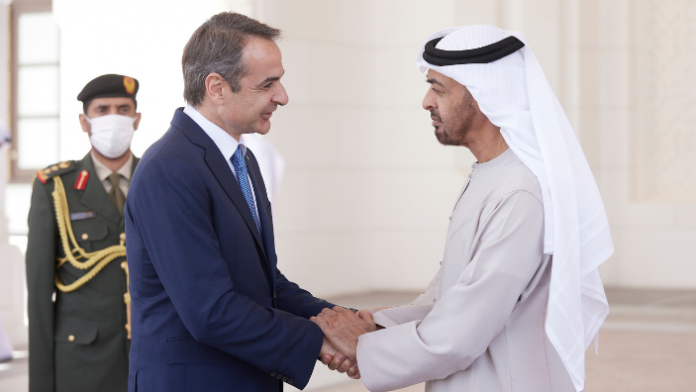 During the meeting, Mitsotakis and the Crown Prince agreed to jointly fund investments in Greece worth $4.2 billion in a number of sectors including energy and infrastructure.

Mubadala Investment Company and the Hellenic Development Bank of Investments also agreed to extend their partnership in a $607 million co-investment platform they established in 2018.

“The renewal of the successful collaboration between the Hellenic Development Bank and Mubadala Investment Company and the creation of a joint initiative for investments worth 4 billion euros is of pivotal importance,” the Greek PM’s office said in a statement.

Mitsotakis also said there was room for further cooperation between the European Union and the UAE on renewable energy.

“Due to its geographical position, Greece has the potential to become a gate for natural gas from the Middle East to Europe,” Mitsotakis said.

“We would like to explore the possibilities for further strategic cooperation and the participation of funds from the UAE in this direction.”