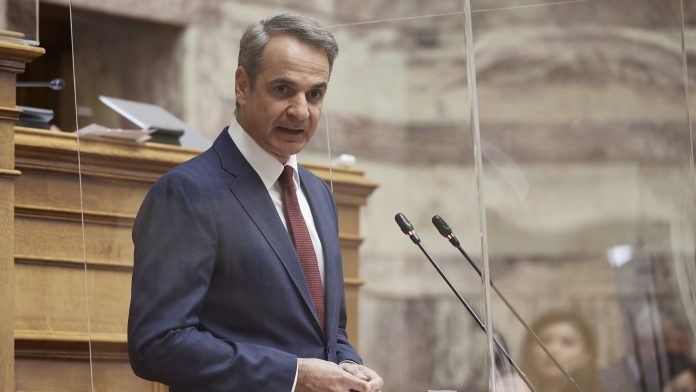 Greece’s Prime Minister, Kyriakos Mitsotakis, confirmed on Wednesday that pensions would be increased in the country for the first time in 12 years from 2023.

Pensions were frozen for more than a decade as part of stringent fiscal rules imposed by Greece’s creditors during its debt crisis.

Speaking during a debate in Greek Parliament, Mitsotakis also reiterated his plan to terminate a so-called solidarity tax surcharge on incomes as of 2023.

“It is a double resounding signal that the country’s growth must benefit everyone without putting fiscal balance and the Greek economy’s competitiveness at risk,” the Greek PM told lawmakers.

Greece’s Deputy Labour and Social Affairs Minister, Panos Tsakloglou, had first confirmed pension increases would be introduced in an interview in May this year.

‘Today’s Greece is a different Greece’:

During his address, Mitsotakis also presented his government’s work on social issues and said his top priority was a speedy recovery of the national economy, with lots of investments leading to better wages and many new jobs.

“Today’s Greece is a different Greece. It is one of the countries with the most dynamic growth and the highest reduction of unemployment in Europe,” he said.

“It is of the top countries in the OECD in terms of tax reduction and has paid off its debt to the IMF two years earlier, while in August it will break free of enhanced surveillance while aiming to regain its investment grade.

“This is a national success, even more so because all the things I spoke of were neither self-evident nor easy, nor were they achieved under normal conditions.”

In response, main opposition SYRIZA-Progressive Alliance leader, Alexis Tsipras, said Mitsotakis’ speech was filled with “so many, many lies” and that the Prime Minister had attempted to present himself as “supposedly pro-labor.”

“You spoke of crucial issues of the social policy but you forgot to mention five [things]: high prices, inflation, fuel, pandemic and conspiracy,” Tsipras said.

He described Mitsotakis’ speech as “a case study” for political scientists on “how someone turn black into white and how to say so many, many lies,” while adding that “it is the reality that is refuting you, not us.”