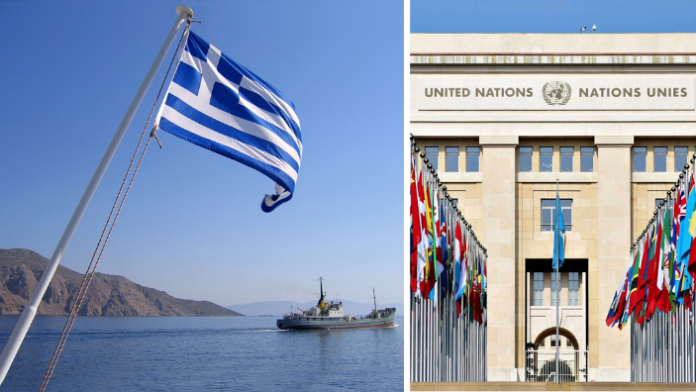 Greece has delivered a letter addressed to the Secretary General of the United Nations, Antonio Guterres, on Wednesday that fully rejects claims made by Turkey in a letter it delivered to the same body in September 2021.

According to AMNA.gr, the letter refutes the entire Turkish argument that Greece’s failure to demilitarise the Aegean islands brings their sovereignty into question.

It also stressed that to demilitarise the islands would violate both the 1923 Lausanne Treaty and the 1947 Paris Treaty.

“Greece rejects in their entirety all the arguments contained in Turkey’s letter of 30 September… as legally, historically, and factually untenable,” the letter reads.

“Greece continues to firmly believe that the two countries can resolve their outstanding difference, namely the delimitation of their continental shelves and exclusive economic zones, in a spirit of good neighbourly relations and in accordance with international law.”

This letter to the UN comes as Turkish Foreign Minister, Mevlüt Çavuşoğlu, doubled down on his demand for Greece to withdraw its military from the Aegean islands on Thursday.

The Foreign Minister said Turkey would “take matters further” if Athens failed to demilitarise the islands.

“We are not bluffing. If Athens does not comply, we will take matters further,” Cavusoglu told reporters on a flight back from a visit to Jerusalem and the West Bank.

READ MORE: Erdogan says nothing will stop Turkey from searching for gas in Mediterranean.

“It is against international law for Greece to cancel the status of the islands conditionally given to it within the framework of the 1923 Lausanne and 1947 Paris peace agreements.”