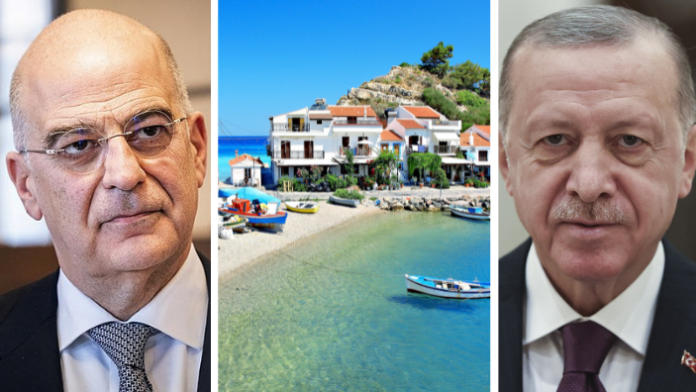 Greek Foreign Minister, Nikos Dendias, responded on Wednesday to recent statements made by Turkish officials, including President Recep Tayyip Erdogan, on the status of the Greek islands that have escalated tensions in the Aegean.

Erdogan said earlier on Wednesday that Turkey is prepared to issue “a warning at the highest level” if Greece does not change its position with regards to the demilitarisation of the Aegean islands.

“We will not be quiet about the military activities taking place in violation of [international] treaties on islands with a demilitarised status,” Erdogan said.

“If Greece continues along these lines, we will naturally issue this warning at the highest level; whatever it takes.”

In response, Dendias said he was “saddened that Turkey has elected to maintain its stance.”

“At a time when NATO must demonstrate its unity in defending the territorial integrity of Ukraine, Turkey has decided to threaten Greece and question its very presence and commitment to NATO and the UN Universal Declaration of Human Rights,” Dendias said.

Turkey has long called for the demilitarisation of the Greeks islands in the eastern Aegean.

Greece has always dismissed these claims, responding that as long as there is a Turkish military threat to these islands they will not be demilitarised.