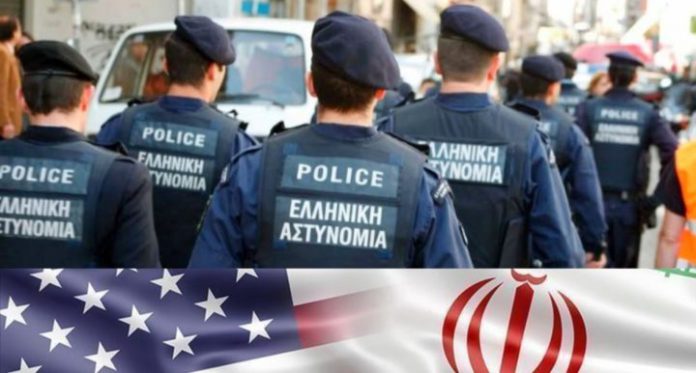 Greek authorities have strengthened security measures in American and Israeli-related places in the country, following the dramatic escalation of tensions between Washington and Tehran.

This comes after the killing of Iranian major-general Qasem Soleimani by the American army in Baghdad, Iraq on Friday.

Greek police decided to augment its presence and security measures around the American and Israeli embassies in Athens.

Surveillance and police presence have become more intense around these compounds as well as in other places that could potentially be targets of retaliatory attacks by demonstrators or Iran-affiliated individuals.

US Aircrafts Arrive in Souda, Crete

This move is believed to be related to the latest developments, and these planes could also be used in evacuation operations that could possibly take place in Iraq in the coming days.

The US State Department has already urged American citizens who currently live in Iraq to leave the country immediately since it is afraid of attacks against American targets.

At the same time, the Greek Ministry of Foreign Affairs issued a statement on Friday expressing concern over the latest developments in the Middle East.

“Greece is following developments in Iraq with a particular concern and puts forth the need to remain calm and sensible,” the foreign ministry’s statement reads.

Referring to Iraq, it added that “The country’s and the wider region’s stability remains a priority, as does the prevention of further escalation. This is the only way the Iraqi people can return to a normal daily life, free of violence and terrorism.”