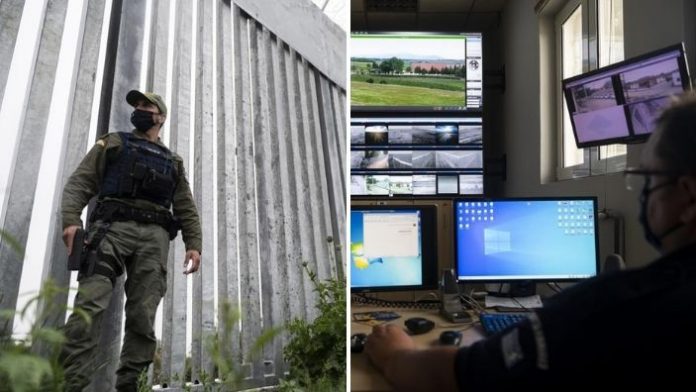 A new steel wall, similar to recent construction on the U.S.-Mexico border, blocks commonly-used crossing points along the Evros River that separates Greece and Turkey.

Nearby observation towers are being fitted with long-range cameras, night vision, and multiple sensors. The data will be sent to control centers to flag suspicious movement using artificial intelligence analysis.

“We will have a clear ‘pre-border’ picture of what’s happening,” Police Maj. Dimonsthenis Kamargios, head of the region’s border guard authority, told the Associated Press.

The EU has poured 3 billion euros ($3.7 billion) into security tech research following the refugee crisis in 2015-16, when more than 1 million people — many escaping wars in Syria, Iraq and Afghanistan — fled to Greece and on to other EU countries.

The automated surveillance network being built on the Greek-Turkish border is aimed at detecting migrants early and deterring them from crossing, with river and land patrols using searchlights and long-range acoustic devices.

Key elements of the network will be launched by the end of the year, Kamargios said. “Our task is to prevent migrants from entering the country illegally. We need modern equipment and tools to do that.”

Researchers at universities around Europe, working with private firms, have developed futuristic surveillance and verification technology, and tested more than a dozen projects at Greek borders.

AI-powered lie detectors and virtual border-guard interview bots have been piloted, as well as efforts to integrate satellite data with footage from drones on land, air, sea and underwater. Palm scanners record the unique vein pattern in a person’s hand to use as a biometric identifier, and the makers of live camera reconstruction technology promise to erase foliage virtually, exposing people hiding near border areas.

Testing has also been conducted in Hungary, Latvia and elsewhere along the eastern EU perimeter.