Greece disappointed after not being invited to German meeting over Libya 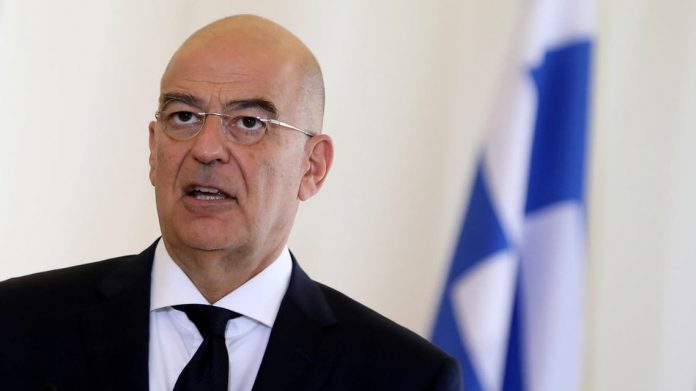 Greece has expressed their displeasure over being left out of the upcoming Berlin Conference on Libya, in which Turkey will participate.

Greek Foreign Minister Nikos Dendias said Greece should have been invited to the second Berlin Conference on Libya on June 23, even as he and the Greek government are trying to deal with Turkey’s plans to hunt for energy around Greek waters.

“Greece has a direct line of communication with Libya. Despite this we are extremely disappointed that Germany, obsessively sticking to its strategy, did not invite us yet again to the Libya summit,” he tweeted.

The minister also contacted Jan Kubis, the UN Special Envoy on Libya, to notify him of his displeasure.

Both the German Ambassador to Athens Ernst Reichel and German Foreign Office Spokesperson Maria Adebahr responded on Friday to the displeasure expressed by the Foreign Minister.

“The basis for the second Berlin Conference on Libya is to include everyone who participated in the January 2020 conference and the subsequent follow-up process,” stated Adebahr.

She added that Libya is “an issue that justifiably is of interest to many international organizations and countries and that is why the government has a great interest in co-operating as closely as possible, both within the European Union and the United Nations.”

Reichel stated that the goal of the conference is to include countries that have been militarily engaged in Libya and stressed that the issue is not “German” but is an issue for the United Nations.