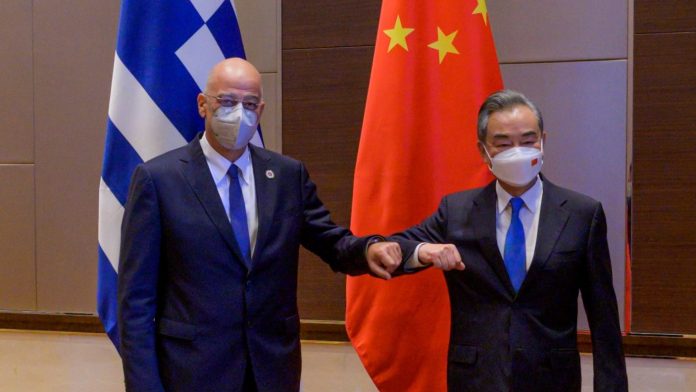 Greece’s Foreign Minister, Nikos Dendias, has met with his Chinese counterpart, Wang Yi, on the sidelines of the 55th Association of Southeast Asian Nations (ASEAN) foreign ministers’ gathering in Phnom Penh on Wednesday.

According to CGTN, the two ministers pledged to further deepen mutually beneficial cooperation and jointly work toward better bilateral relations for the next 50 years.

After the meeting, Wang told local media he hoped Greece and China will continue to promote strategic mutual trust and support each other’s legitimate demands.

For his part, Dendias said that with mutual respect and understanding, Greece and China have successfully established a comprehensive strategic partnership and witnessed sustained development of pragmatic cooperation in various fields.

“During my meeting with the Chinese FM, I received his assurance of support for Greece’s territorial integrity, sovereignty, and sovereign rights in the face of the challenges it faces,” Dendias later tweeted.

The Greek Foreign Minister added that he “also had the opportunity to reiterate the Greek position in favour of the ‘One China policy’.”

Dendias has been busy during his time at the ASEAK gathering, having signed the Treaty of Friendship & Cooperation with ASEAN, as well as holding meetings with a number of his counterparts from Qatar, Thailand, Indonesia and Vietnam.