Aglaia Kyriakou: The modest benefactress of the children 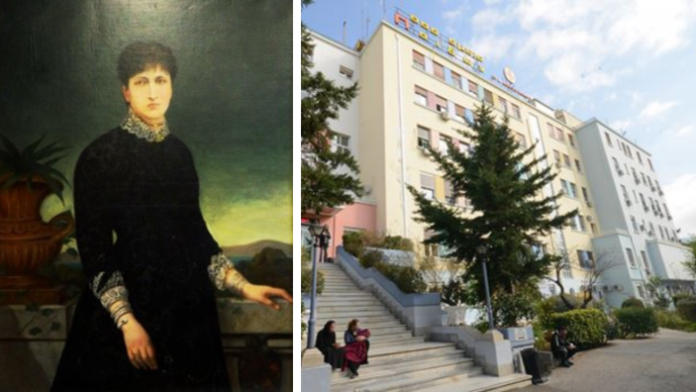 The Background of Greece:

It is the August of the year 1938 and Greece struggles to recover from the repercussions of the Asia Minor Catastrophe. Children’s mortality rates are soaring high. A woman named Aglaia Kyriakou is driven by her love towards the ailing and destitute children.

Her Marriage with Panagiotis Kyriakos:

Aglaia Antoniades, as her family name was, married Panagiotis Kyriakos (1835-1900), a professor at the School of Medicine. They did not bear children of their own, and Panagiotis passed away at the premature age of 54.

Aglaia Kyriakou thereon devoted her time to reading and charity work. As she was touched by the raging childhood mortality rates of the time, and by means of her strong bonds with the medical community, Aglaia revealed her thoughts to the microbiologist Kyriakos Kyriazidis (1877-1933) who was one of the first to teach children pathology at a university hospital.

In a secret trust, she donated the entirety of her property, which amounted to 15.000.000 drachmas, for the foundation of a Paediatric Hospital, bearing the title “Aglaia Kyriakou & Sryridonos Antoniadis Children’s Hospital”, ever since located in Goudi, a district in Ampelokipoi, at the centre of Athens.

The inauguration of the Children’s Hospital took effect within a surprisingly short time span-in light of the notoriously slow bureaucratic procedures of the Greek State. The land upon which the hospital was built was donated by the neighbouring paediatric hospital, “Hagia Sophia,” which was operating since 1900.

The architectural designs were commissioned to a three-member committee, made up of: Fokionas Kopanaris, Yeorgios Makkas and the architect and Aglaia’s brother, Ioannes Antoniades. Ioannes Antoniades was a prominent architect of his time. His fame was radiating both within and beyond the borders of Greece. He held an active role in the supervision of Parnitha’s Sanatorium, and was awarded with a prize for the exemplary and state-of-the-art technical plans by the Technical Chamber. On the 8th of November, 1844, the founding stone was set. The hospital was competed and fully equipped within the first months of 1938. Yet, the construction costs exceeded the donation. Therefore, the Greek State approved the covering of the remaining cost also passing a law that provisioned the annual granting of the construction form the government budget.

The inauguration ceremony took place on the 27th of April, 1938.

On the 15th of August, 1939, the hospital opened its gates to the public, equipped with 20 beds, 10 for each Paediatric Ward, the 1st and the 2nd ward respectively.

The Second World War and the German occupation in Greece, among a host of crimes and atrocities, also severely disrupted the hospital’s operation. Part of the hospital’s facilities are forced out of the Athenian centre to the suburbs of Penteli. The Nazis commandeer the building of the hospital, forcing its relocation for a second time, this time to Chalandri, under the roof of the Rizareion Church Foundation.

The liberation from the Nazis’ forces marked a new era of reconstructions and extension of the hospital’s facilities and services.

Antonios Antoniades and the Obstetrician Hospital:

Antonios Antoniades was the brother of Aglaia Kyriakou. He was a lawyer and an avid supporter of his sister’s vision. Beyond conferring substantial amounts for the completion of Children’s Hospital, he complemented her action for the protection of the children and women. The loss of his beloved wife, Irinoula, and that of his treasured sister, encouraged him to commission, post-mortem, the foundation of the Obstetrician Gynaecology Hospital of  “Emmanuel and Spryridon Antoniades”. Emmanuel was the name of the eldest Antoniades siblings, who had passed away many years prior to Aglaia and Ioannes.

The name of Antoniades’ family is tied to the most long-standing contributions during the fiercest struggles that befell on Greece. An everlasting light of hope in the midst of the Asia Minor Catastrophe and the Second World War.