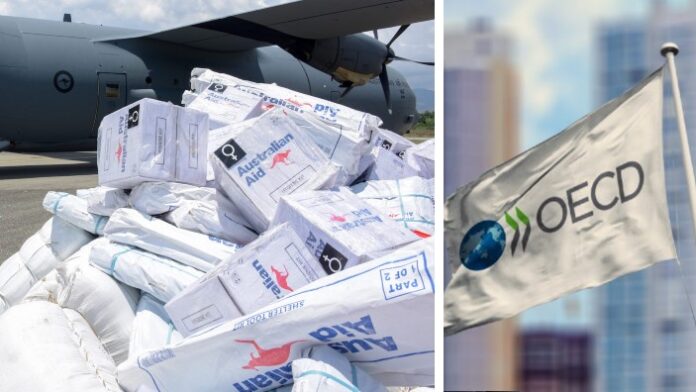 The Organisation for Economic Cooperation and Development (OECD) have released their international league table for global foreign aid spending, and Australia and Greece are in the bottom ten.

Only eight other countries now give a smaller share of national income than Australia – and that group includes Greece (ranked last) and Portugal, which were both badly hit by the European debt crisis, and relatively new donor nations such as South Korea.

In 2014, there were 17 OECD aid donors that contributed a smaller share of national income than Australia.

Sweden and Norway were the two most generous donors as a share of national income from among OECD nations last year, while the two biggest donors in dollar terms were the United States and Germany.

According to the Sydney Morning Herald, analysis by Australian National University’s, Professor Stephen Howes, shows that between 2011 and 2020, Australian aid fell by 31 percent, after adjusting for inflation, while foreign aid overall increased by 26 percent in that period.

“The world has over the last decade been increasing aid, while Australia has been cutting it. We definitely stand out,” Professor Howes said in his analysis.

Professor Howes then went on and said Australia had for the first time joined the OECD’s “0.2 per cent club” – the group of donors who give less than 0.2 per cent of national income.

This analysis comes on the eve of the federal budget, which will update Australia’s foreign aid spending.

READ MORE: What to expect from the Federal Budget 2021: Aged care overhaul, borders and migration.

In a statement to the Herald and The Age, a spokesperson for the Department of Foreign Affairs and Trade said Australia was a generous donor and provided $4 billion in assistance to developing nations this financial year.

“This is affordable, targeted and effective,” the spokesperson told the media outlet.

“In recognition of the unprecedented impact of COVID-19, the government has increased its support to our region, announcing temporary, targeted and supplementary initiatives to the ongoing $4 billion overseas development assistance (ODA) budget.”